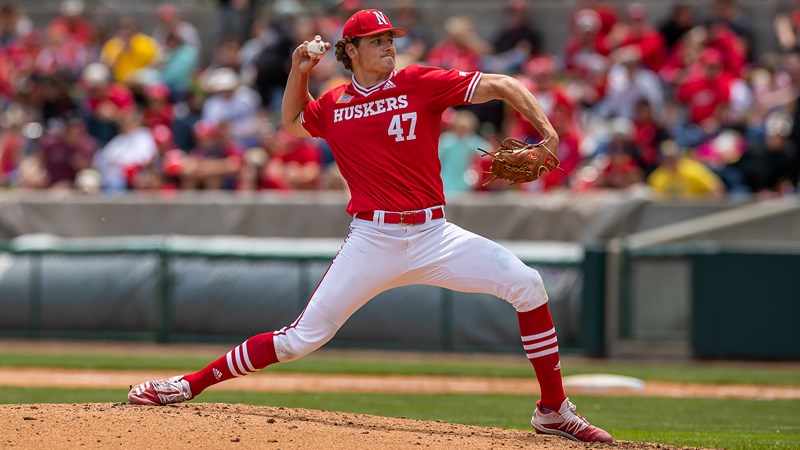 Lincoln – Junior Cam Wynne was the third Husker baseball player picked in the 2021 MLB Draft, as he was taken by the Philadelphia Phillies in the 20th round on Wednesday afternoon.

Along with Wynne, Spencer Schwellenbach (2nd Round – Braves) and Cade Povich (3rd Round – Twins) were both selected yesterday. The Huskers have now had at least three players picked in the Draft nine times since 2010.

A Lincoln native, Wynne was an integral arm out of the bullpen for the Big Ten champion Huskers this year. The 6-6 right hander made 17 relief appearances and posted a 3.12 ERA. Wynne struck out 19 over 17.1 innings and limited opposing hitters to a .113 average.

After graduating from Lincoln High School in 2017, Wynne attended Johnson County CC for two seasons before transferring to Texas A&M in 2020 season, which was shortened due to COVID-19.