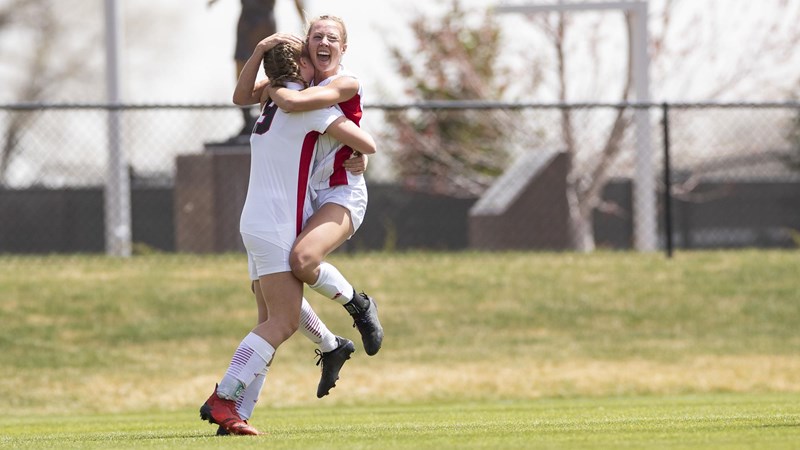 Lincoln, Neb. — Eleanor Dale and Jordan Zade each scored in the first half as the Huskers defeated Kansas State at Hibner Stadium on Saturday afternoon, 2-1.

In the 10th minute, Kansas State’s Caylee Thornhill got the Wildcats on the board first with a shot past the Husker goalie, Cece Villa, to take an early 1-0 lead.

The Huskers responded as they found the back of the net twice in the first half as Dale scored her third goal of the spring season off a feed from Abbey Schwarz in the 16th minute, and Zade helped the Huskers take a one score lead as she shot the ball down the pitch and passed the diving Wildcat goalie for the score in the 39th minute.

The teams played a scoreless second half, and Nebraska held on for the win.

Villa, making her fifth start of the spring, collected seven saves in 90 minutes of action. She was one of two Huskers to play the complete game on Saturday as freshman defender Lauryn Anglim held down the backfield.

With the victory, the Huskers wrapped up their conference season with a 2-2-1 record and will return to the pitch this coming fall.