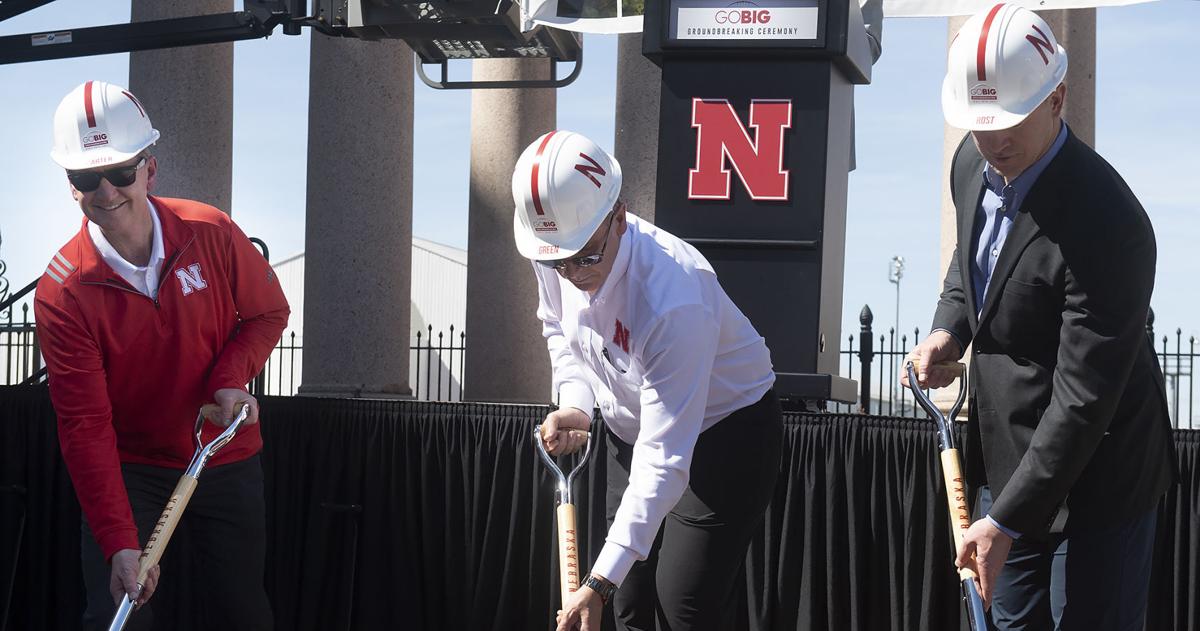 The 12-month countdown is on for the debut of Nebraska’s new $160 million North Stadium facility. And two of the school’s top performance specialists couldn’t be more ready.

Anticipation — like the structure — continues to build every day, football strength coach Zach Duval and director of performance nutrition Dave Ellis said this week during a podcast appearance on the Huskers Radio Network.

Both are among NU personnel who will not only benefit from the opulent setup but have been key figures in imaging its design.

“It’s kind of my last great magnum opus,” Duval said with a laugh.

“It will take a year to settle in there,” Ellis said, “but it will have an immediate impact on performance and recruiting you can be sure.”

The project — set to complete in the summer of 2023 — will roughly double the size of Nebraska’s weight room, which currently resides in North Stadium at about 17,000 square feet. That means more space for a relatively large roster of more than 150 scholarship players and walk-ons. The area will allow multiple performance heads to be under the same roof including those from sports psychology, sports medicine and the Nebraska Athletic Performance Lab. Ellis’s and Duval’s offices will be right next to each other.

Duval said this is the third weight-room design he’s been part of following a private-sector stop in Colorado and at Wyoming. It will incorporate core tenants of Boyd Epley — the godfather of modern-day strength coaches and Duval’s mentor at Nebraska — with all the “bells and whistles” that go into physically tearing down and building up players.

What is he most excited about? That’s still under wraps.

“It’d be five things I’m fired up about and five I can’t tell,” Duval said.

The current setup in North Stadium is “functional,” Ellis said, but also clearly cobbled together given the space constraints brought on by a larger operation than even a few years ago.

The food variety will increase in the new digs, with more trained dieticians around to help Husker student-athletes in all sports navigate a menu that will help them perform their best.

“Most places, the people putting the food in the buffet have nothing to do with dietetics from a background (standpoint),” Ellis said. “Everybody around our athletes when they come in to select their food knows their goals and are capable of steering them and answering a question. That’s un-replicable.”​