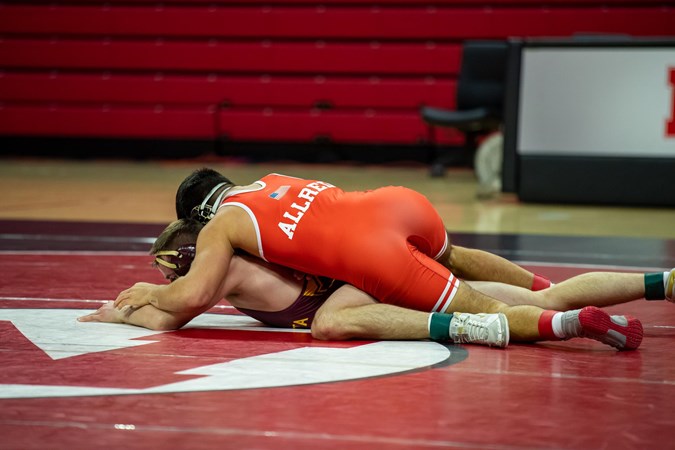 Geneva, Ohio – Silas Allred won the U20 Challenge Tournament to lead the group of Husker wrestlers competing at the U20 and U23 World Team Trials, June 4-5.

Allred, coming off last month’s runner up finish at the US Open, won the U20 Challenge Tournament and earned a spot in the best-of-three series final match against this year’s 2022 US Open champion, Jaxon Smith of Maryland. Allred battled, but dropped the first two matches against Smith, and the Maryland wrestler claimed the 92 kg spot on the U20 World Team.

In the field of wrestlers, besides Allred, 10 other Huskers competed. In the U20 freestyle division, Elise Brown Ton (79 kg), Nathan Haas (86 kg) and Zak Taylor (97 kg) wrestled but didn’t place. In the U23 freestyle division, Ridge Lovett (65 kg) finished third, Bubba Wilson (74 kg) and Peyton Robb (74 kg) both placed fourth due to a no contest in the third-place match and Alex Thomsen (61 kg), Nic Stoltenberg (70 kg), Adam Thebeau (74 kg) and Brandyn Van Tassell (86 kg) also wrestled but didn’t place.