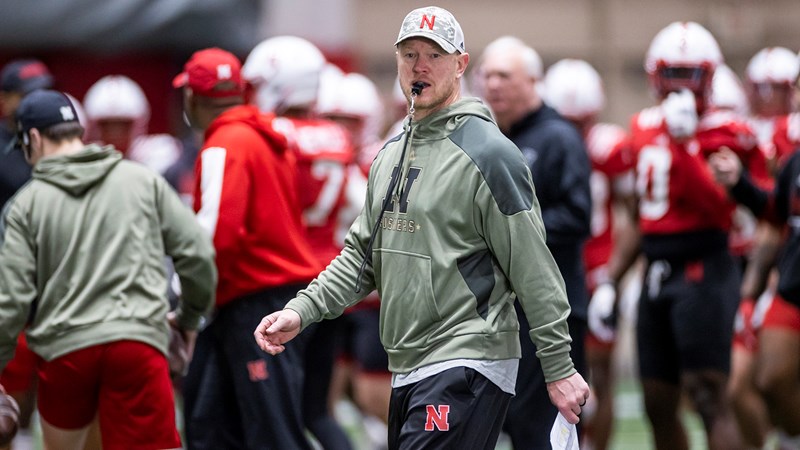 “We are eight days into practice seeing a lot of really good things out there,” Frost said. “We still have a lot of work to do. What I really like is being around this team. This is a really great group of guys. I think the best leadership we have had. The best overall attitude we have had. Today kind of highlighted it for me.

We have a scrimmage tomorrow. The kids all know it. Sometimes the practice before that is not always the best. Did not have to coach effort or intensity or desire at all today. This is a hungry team and seeing a lot of really good things. It has been a fun few days. We have a schedule where we are trying to keep the kids as fresh as we can keep them. I think they have responded to that, so we just have to go upward and onward from here.”

Frost spoke on the development of the offense.

“It is going well,” he said. “(Mark) Whipple is in control. He is running it. I think it was important that the kids became familiar with the stuff that he wants to do. There are elements of it that we have done. I think we will add wrinkles and things that we have done but trying to get overly involved every day was probably not the right strategy. So, I will help and I think we will end up with a good blend but to this point it has been fun to watch his offense kind of evolve and bloom and the assistant coaches on offense have been doing a great job too. It has been fun to be able to sit back and have a little more mile-high view of it all.”

He also commented on the team leadership.

“Our leaders right now are the tough working guys,” Frost said. “And that is what you want. The guys that are working the hardest are our best players and they are our leaders so everybody needs to follow that. They are also the tough guys. They are setting the standard that everybody else has to follow. It is fun to see. When things are happening out there that are not up to those guys’ standards, other people hear about it. And a lot of stuff is getting handled by the team that the coaches used to have to handle.”

The Huskers will return to the practice field tomorrow for day nine of fall camp. Nebraska kicks off its season on Saturday, Aug. 27 against Northwestern in Dublin, Ireland at 11:30 a.m. (CT) on FOX.