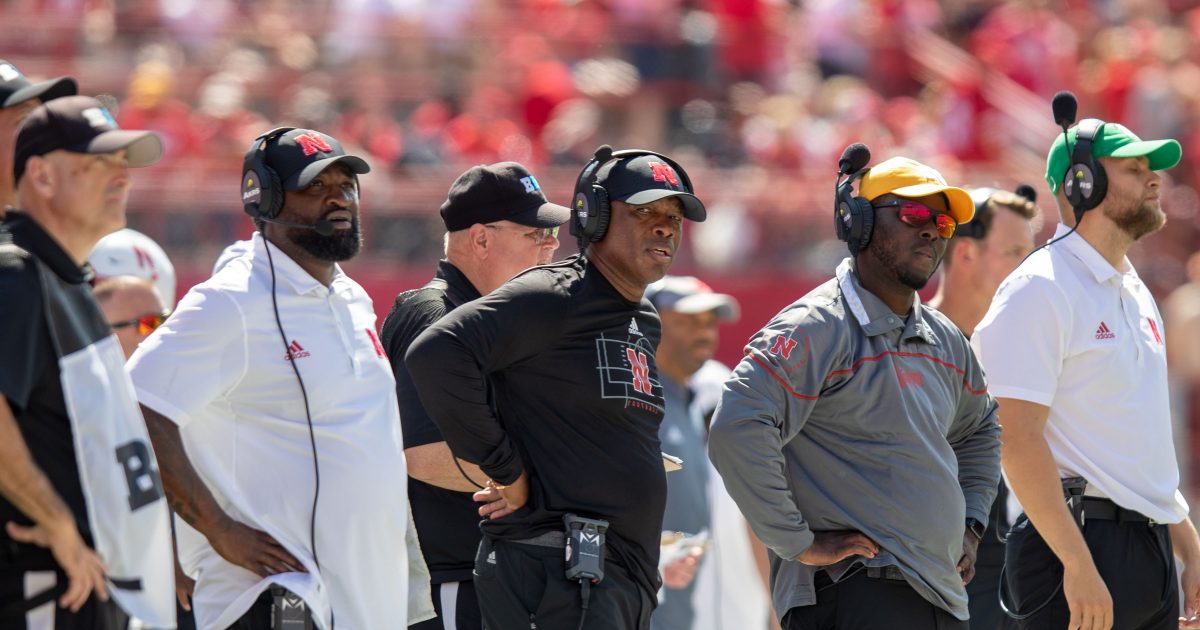 As weeks around the Husker program go, this was a weird one. Scott Frost was fired on Sunday, less than 24 hours after Georgia Southern beat NU 45-42. Mickey Joseph was named interim head coach later that afternoon by Athletic Director Trev Alberts. Joseph spoke with the media on Tuesday, the only member of the team to do so all week.

Saturday arrived with the dawn of a new era, temporary though it may be. Frost’s firing and Joseph’s elevation allowed for a fresh outlook on the remainder of the 2022 season. How would things look with a new leader in charge? Might a new energy be enough to sustain Nebraska through the game?

Not just any game, mind you.

This was the one Husker followers of a certain age had circled. Not Iowa or Wisconsin or any other Big Ten foe.

The opponent that elicits the strongest reaction from fans who remember Sooner Magic.

Even if you weren’t for NU or OU back in the days before every game was on TV, this was the premier college football rivalry. Despite the Huskers’ recent malaise, FOX still brought their Big Noon Kickoff pregame show to town.

This matchup still moves the needle.

Of course this is how the Mickey Joseph era begins – against the team that essentially ended his playing career. It was appropriate that this would be the first opponent of his as a head coach.

The crowd was hyped early. So was the team, forcing a Sooner punt and marching right down the field for a touchdown.

7-0 Huskers. Crowd into it. Players feeding off of their boisterous new head coach and his loud, energetic coaching style.

Oklahoma answered, a 61-yard run by their starting QB Dillon Gabriel on 3rd and 7. NU didn’t score again until about three minutes were left in the game. OU rattled off 49 straight points in between.

In the end, Nebraska’s energy was easily surpassed by the talent and stability on the other sideline.

With the Sooners in the rearview mirror, now the real work begins. So do the questions.

Do staff members know their end-of-season fate? If not now, when? Do they think they know?

How will all of that affect their focus on the task at hand, compared to looking for a soft landing spot?

Will Mickey be the guy who bridges the gap? Will his staying with the new staff be a mandate by Trev to the next head coach?

Some players may feel more of a chance to earn playing time. What about those who don’t? How much attrition can be prevented? What type of transfer portal activity will we see, perhaps even as soon as the bye week?

This is the most critical two weeks of Mickey Joseph’s coaching career. It’s his chance to re-caliber all sorts of things, including personnel, scheme, or gameday details. He can put his stamp on the team before Big Ten play comes back around.

Indiana, Rutgers, and Purdue are next up before the team’s second bye week.

For Coach Joseph and the Huskers, the season begins on October 1.