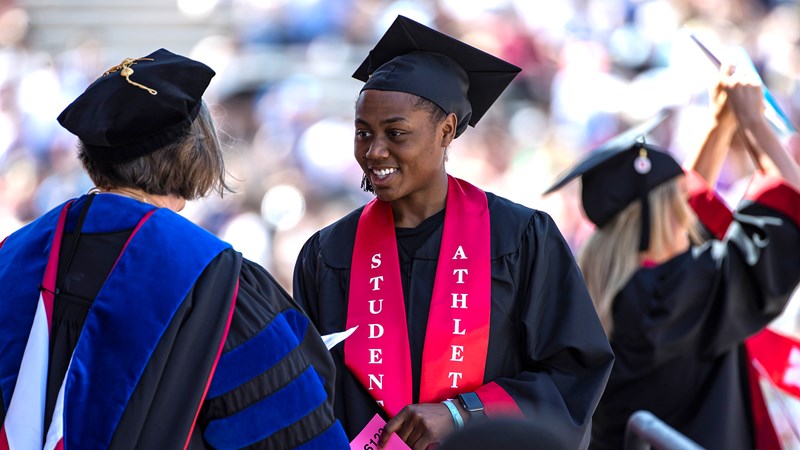 The Nebraska women’s basketball team gained special mention recognition from the Women’s Basketball Coaches Association (WBCA) when the organization announced the top performing teams academically from around the country on Wednesday, July 20.

The 2021-22 Huskers produced a combined 3.204 grade-point average during the academic year while also running to a 24-9 overall record. Nebraska was one of four Big Ten women’s basketball programs recognized nationally for carrying better than a 3.2 team GPA during the year, joining Michigan, Michigan State and Indiana among the top performing teams in the conference academically.

The WBCA recognizes the academic success of programs each season across NCAA Division I, II and III, NAIA and two-year colleges with its Top 25 Team Honor Rolls. In 2021-22, the team across all divisions with the highest grade-point average was Hastings College (NAIA), coached by former Nebraska point guard Jina (Johansen) Douglas. The Broncos put up a 3.901 team GPA during the academic year – the highest GPA ever recognized by the WBCA in any division.