Tominaga Scores 33 in Loss to Australia 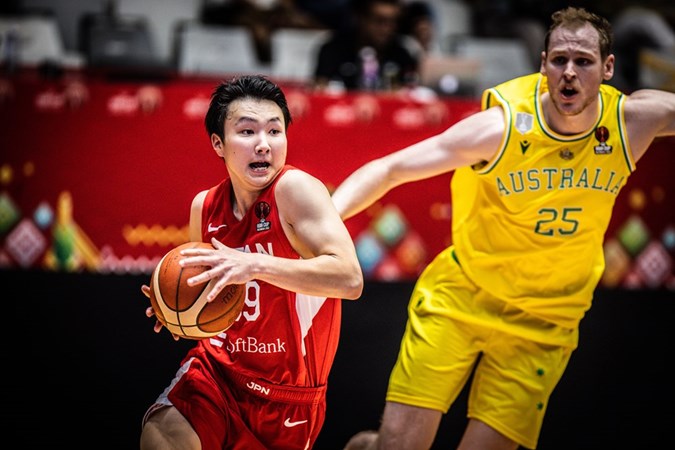 Husker junior guard Keisei Tominaga put on a shooting display, but it was not enough as a short-handed Japan team lost to Australia, 99-85, in the quarterfinals of the Asia Cup on Wednesday.

Tominaga came off the bench to lead all scorers with 33 points on 12-of-20 shooting, including 8-of-15 from 3-point range and added five rebounds.  It was his third double-figure game in five contests at the Asia Cup, as Japan reached the quarterfinals for the first time since 2015. Japan was without NBA player Yuta Watanabe in Wednesday’s loss, as he suffered an injury in the last round.

Last season at Nebraska, Tominaga played in 30 games, including 11 starts in his first season as a Husker. He averaged 5.7 points per game and ranked third on the team with 36 3-pointers while committed just 10 turnovers in nearly 500 minutes of work. Tominaga recorded seven double-figure games, including a season-high 23 points against South Dakota. In that game, he hit 8-of-11 shots from the field, including 5-of-6 from 3-point range.

Last summer, he represented his native Japan in 3×3 basketball in the Olympics, helping the team reach the medal round. The youngest player in the tournament, Tominaga finished third in scoring (6.9 ppg), fourth in 1-point shooting (74 percent) and seventh in 3-point shooting (36 percent).