Three Huskers to be Inducted into Nebraska Baseball Hall of Fame 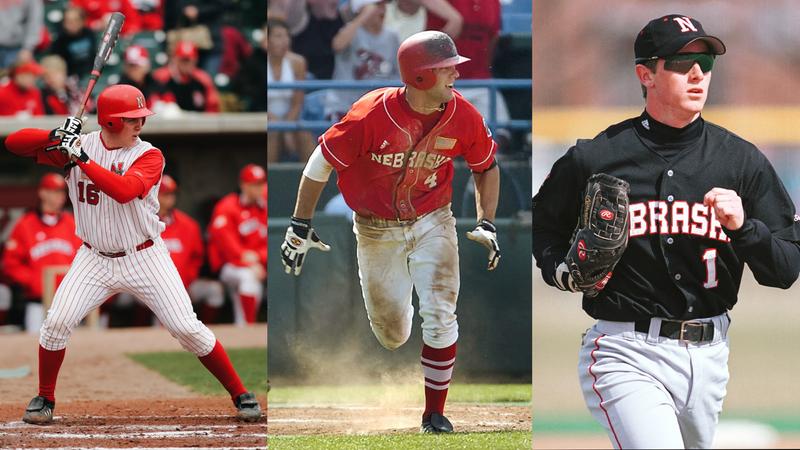 Former Nebraska baseball standouts Jeff Christy, Alex Gordon and Jeff Leise are part of the seven-member 2022 class set to be inducted into the Nebraska Baseball Hall of Fame on Sunday, Nov. 13 in Beatrice, Neb.

Christy was a standout at Lincoln Southeast and played two seasons at Barton County Community College before joining the Huskers in 2005. A two-year letterwinner at Nebraska, Christy caught a school-record 64 games as a junior in 2005 to help the Big Red earn a spot in the College World Series and win a school-record 57 games. An All-Big 12 honorable-mention selection in 2006, Christy hit .260 with 16 doubles, a triple, nine home runs, 64 RBI and 68 runs scored in 123 career games in his two years at Nebraska.

After his career at Nebraska, the Lincoln native was drafted by the Minnesota Twins in the sixth round of the 2006 MLB Draft. He ascended quickly in the Twins’ farm system, playing for the Rochester Red Wings at the Triple-A level in 2008 and 2009.

Gordon starred at Lincoln Southeast before having an historic career at Nebraska. He earned freshman All-America honors in 2003 and was a first-team All-American in 2004 and 2005. Gordon was the consensus national player of the year, while winning the Golden Spikes, Brooks Wallace, Dick Howser and the ABCA National Player of the Year Awards. In addition to his accolades at the national level, Gordon was the two-time district Player of the Year and two-time Big 12 Player of the Year. A third baseman with the Huskers, Gordon led the Big Red to a school-record 57 victories in 2005, when Nebraska captured its first College World Series victory. A career .355 hitter in three seasons at Nebraska, Gordon finished his NU career in the top 10 of eight offensive categories, as he was third in total bases (447), fourth in home runs (44), runs batted in (189) and doubles (53), eighth in runs (188), ninth in hits (249) and slugging percentage (.657) and 10th in triples (11).

A 2004 U.S. National Team member, he was the No. 2 overall pick by the Kansas City Royals in the 2005 MLB Draft and was named Baseball America’s 2006 Minor League Player of the Year in his first professional season. The three-time All-Star spent all 14 years of his professional career with the Royals, while being a key piece in Kansas City’s run to the 2015 World Series title. Gordon finished his MLB career as a .257 hitter with 357 doubles, 26 triples, 190 homers, 749 RBI and 867 runs in 1,753 career games played.

Leise, starred at Creighton Prep and concluded his decorated four-year Husker career in 2003. A career .346 hitter and three-year starter in center field, Leise finished his career second in Nebraska’s all-time leaders in hits (305), runs scored (210) and triples (20) while stealing 63 bases in 69 attempts. During his career, he helped Nebraska to 195 wins, two Big 12 regular-season titles and the program’s first College World Series appearances in school history in 2001 and 2002.

A 12th-round draft pick of the San Diego Padres, Leise’s leadership and work ethic made him one of the best center fielders in college baseball and helped him to great success in the classroom. He was the Verizon Academic All-American of the Year in 2002 and 2003, becoming only the second baseball player to earn the prestigious honor in back-to-back years. He was also the 2003 Big 12’s Male Sportsperson of the Year, an award that combines athletic accomplishment, academic success and community involvement.