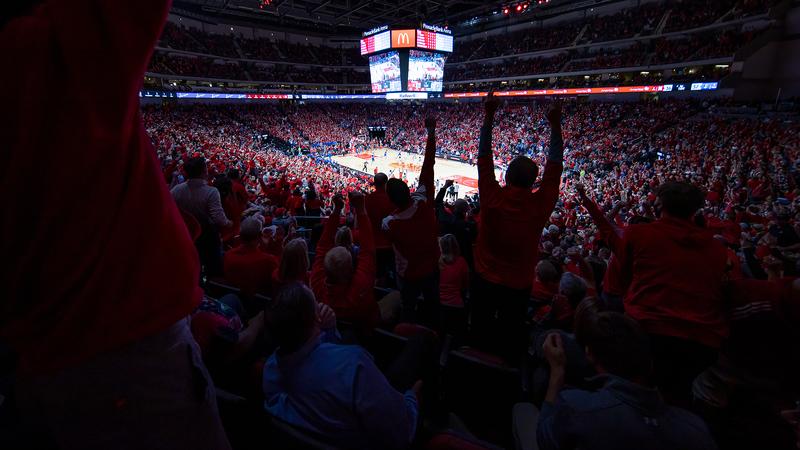 The Nebraska Athletic Ticket Office announced Friday that single-game men’s basketball tickets are now on sale for the 2022-23 season.

A select number of 300 Level seats are now available for $7 apiece for non-conference games and $10 each for each of the Huskers’ 10 Big Ten matchups, including games with Illinois, Wisconsin, Michigan State, Ohio State and Iowa.

The single-game tickets are one of several options to purchase Husker basketball tickets for the 2022-23 season. Full-season packages start at $120 and feature 15 games, including all 10 Big Ten matchups. In addition, the Six-Game Mini-Plan is now available which allows fans to pick 300 Level seats for any six games during the 2023-23 season for just $30 while supplies last.

Fan can get their first look at the 2022-23 Huskers tonight at Opening Night with Husker Hoops. The festivities include an open practice with the Husker men, a scrimmage the Husker women and a performance by Waka Flocka Flame. Free tickets can be claimed by visiting Huskers.com/Tickets, as a crowd of over 11,000 is expected.

In addition, tickets for the Battle in the Vault are on sale. That event, set for Dec. 20, is not included in 2022-23 season-ticket or mini-plan packages, and must purchased through Pinnacle Bank Arena or at Ticketmaster.com. The event is a tripleheader with Nebraska taking on Queens University along with Drake taking on Mississippi State and Concordia battling Oklahoma Wesleyan.