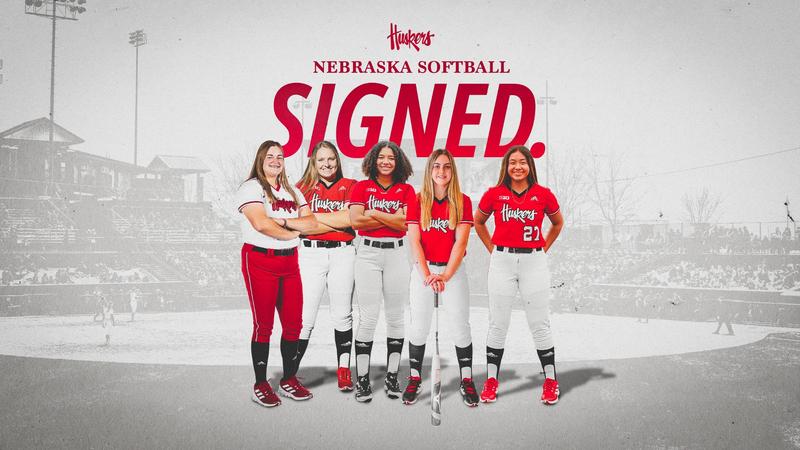 “Our goal each year is to bring high character student-athletes that are wired to work to become the best they can be in the classroom, community, and on the playing field,” Revelle said.

“We believe this 2023 class checks all of those boxes. Along with being team-first players, these players have the talent and work ethic to keep this program moving in a positive direction and focusing on chasing excellence in everything we do. We are proud to welcome this group of high-level achievers.”

Samantha Bland, a native of Chino Hills, Calif., is a four-year varsity letterwinner and two-year captain for Chino Hills High School. She held a .424 batting average and led her team in RBIs and HRs last season. Bland, who is a two-time LA Times All-Star and First Team All-State selection, will play her senior season of high school softball in the spring.

The daughter of Damon and Daniela Bland, Samantha was born on January 29, 2005. She has one younger brother, Nico. Samantha has earned scholar-athlete honors for her academic success at Chino Hills High School.

“Samantha is a gifted athlete that has smooth hands, quick feet, and very good range in the middle infield,” Revelle said. “She has great defensive instincts, and offensively, she is a strong hitter that can drive the ball out of the yard. We are so grateful that Samantha said yes to the Red Team as we know she will step in and be an impact player.”

Bland on Nebraska: “I chose Nebraska because I wanted to learn from one of the best coaching staffs around, and I want to compete for a Big Ten Championship.”

A pitcher and infielder ranked as the 26th overall recruit by Extra Innings Softball, Emmerson Cope joins the Huskers as a right-handed pitcher and offensive threat. She hit .457 with 21 doubles and 11 home runs in this summer’s club softball season. Cope has been named to the Alliance All-Summer Team twice and earned Alliance HFL Player of the Year honors while playing for Ryan Taylor and Aces Fastpitch.

The daughter of Wayne Cope and Laura Parker, Emmerson was born on July 23, 2005. She has two sisters, Bayleigh Cope and Logan Parker, and two brothers, Zach and Greyson Cope. Emmerson plans to major in communication sciences and disorders.

“We are excited to have Emmerson don the scarlet and cream as she has elite power and is one of the hardest hitting players to come out of the entire 2023 class,” Revelle said. “Her bat packs a punch. On the defensive side of the ball, Emmerson is a pitcher who is crafty on the mound with her mix of speeds, making it difficult for opponents to time her up.”

Cope on Nebraska: “I chose Nebraska because of the family atmosphere I experienced on day one with the coaches and the amazing opportunities the school provides for your  future.”

Elisa Gulfin, a Brea, Calif., native, joins the Huskers as a right-handed pitcher and a leader in the circle. Gulfin, who will play her senior season at Saint Paul High School this spring, is a two-time team captain.

The daughter of Erik and Michelle Gulfin, Elisa was born on Sept. 5, 2005. Elisa has been named to the Honor Roll and recognized as a high achieving scholar-athlete at Saint Paul. She intends to major in psychology.

“Elisa is a right-handed pitcher who loves nothing more than competing in the circle,” Revelle said. “Elisa, a fiery competitor, is motivated and driven to win and lead from the pitcher’s mound. We are anxious to get her to Nebraska and working with Coach (Lori) Sippel where she will continue to grow, develop and shine as a Husker.”

Gulfin on Nebraska: “I chose Nebraska because the coaching staff on the softball team is unmatched. Nebraska has the best support in place to help me succeed, and I also get to play softball at an elite level.”

Caitlin Olensky, who was named No. 60 in the 2023 recruiting class by Extra Innings Softball, will play her final high school season this spring at Montville High School. Olensky will join the Huskers as a left-handed pitcher as well as an impactful player on offense.

Olensky earned all-state honors last spring after finishing with a .469 batting average and 27 RBIs. In the circle, Olensky holds the single-season record for her high school after recording 252 strikeouts in 120 innings. She also tallied six no-hitters and finished the season with a 0.52 ERA. Olensky led her team to a conference championship and it’s first ever county title.

Caitlin was born on August 22, 2005 and is the daughter of James and Joann Olensky. She has one younger sister, Jaime, and one younger brother, Zack. She intends to major in psychology.

“We are thrilled with the addition of Caitlin, as she is passionate about studying the game and intentional about working her talent,” Revelle said. “A left-handed pitcher, Caitlin gets a lot of swings and misses, largely because of her tight spin with good movement. We believe Caitlin will be ready to take the circle for the Red Team and continue her winning ways.”

Olensky on Nebraska: “I chose Nebraska because I fell in love with the coaches and the environment when I visited the campus.”

Malia Thoms is the No. 42-ranked recruit in the 2023 class by Extra Innings Softball and is from Lincoln, Neb. Thoms was a four-year starter at Waverly High School, earning conference honors every year and was named the offensive player of the year.

The daughter of Dustin and Sena Thoms, Malia was born on Feb. 1, 2005. Malia has two brothers, Ridge and Hunter. She has been named to the Honor Roll and intends on majoring in elementary education.

“A heart and soul person, Malia is an individual that only knows one way to do things, she gives her all,” Revelle said. “Malia is ALL N. Malia is a homegrown Husker who takes a lot of pride in being the best she can be for the Red Team. A left-handed power hitter, look for Malia to step on the field at Bowlin Stadium ready to make an impact for the Cornhuskers.”

Thoms on Nebraska: “I chose Nebraska because I realized how important representing my home state would be, it is close to home and family, I am able watch my little brothers grow up, and lastly meeting all of the coaches and support staff, I knew this was my home away from home.”