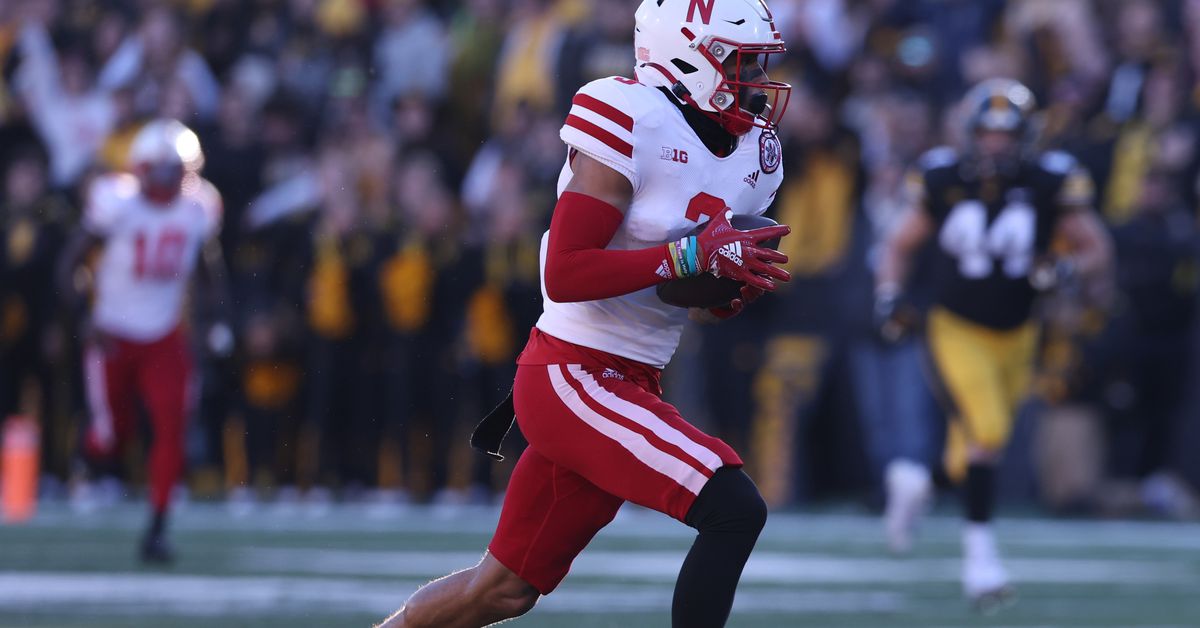 “But in the final analysis, I had to evaluate where Iowa was.”

Those infamous words by then-athletic director Shawn Eichorst on Thanksgiving weekend 2014 has altered the course of Nebraska football for nearly a decade ever since, because, for all practical purposes, Nebraska has basically become Iowa.

Iowa had won the last seven games against the Huskers. Mike Riley’s teams had the most embarrassing losses, including a 56-14 debacle in his final game. Scott Frost made the games closer, with chances to win late each year, but never closing the deal.

And like the last time Nebraska beat Iowa, there will be a coaching change in Lincoln. Some people will ask whether Iowa is finally now Nebraska’s Capital-R rivalry opponent. My response is that while there is a manufactured corporate-sponsored trophy on the game, it’s not Nebraska’s Big-R rivalry. Beating Iowa was not sufficient to retain the head coach in 2014, and beating Iowa in 2022 was not sufficient to elevate Mickey Joseph to the permanent head coaching job. In other words, beating Iowa is not really any different than beating another average Big Ten team to the University of Nebraska.

“But…but…but… what about the mad rush of the Huskers to grab that trophy after the game?” That was the joy of a team that has lost 17 of 24 games the last two seasons and hasn’t played in a bowl game since Barack Obama was president. Losing sucks, and Not Losing is is a cause for celebration. It is what it is: a team that has had little to cheer for finally has something to cheer for and an accomplishment, no matter how small, to point to.

And for this season, no matter how bad Nebraska was, one thing is clear.

Iowa is even worse.

And with that, it’s on with one final report card for the season, which is intermixed on some thoughts for the future. As always, your feedback is welcome in the comments.

QB: When I saw the weather forecast, I had a good feeling about this game because I felt NU could move the ball through the air with Casey Thompson. And oh boy, did Thompson and Trey Palmer light up the Iowa secondary. I don’t know if Thompson wants to continue playing college football…or for Matt Rhule at Nebraska, but he’d be a useful piece of the Husker roster in 2023 if he’s interested. Grade: A-

I-Back: When the nose tackle is following Thompson into the backfield untouched, it’s going to be a tough day running the ball. Anthony Grant’s evasive running style is a bad fit against a good defense like Iowa’s; you might make the first guy miss, but the second and third is gonna get you. Rahmir Johnson was a bit better, but had a costly fumble. Grade: D-

WR: Well, that’s one heck of a final act for Trey Palmer, who says he’s off to the NFL after setting the season receiving record at Nebraska. Would like to see Marcus Washington return, though. A most underrated play was Washington going all-Eric Crouch on Iowa’s top defensive back, Cooper DeJean. (Crouch had the better launch, for what it’s worth.)

DeJean, who leads Iowa in interceptions and pass breakups, didn’t return to the game, and his replacement gave up all three Nebraska touchdowns. Grade: A+

OL: While the pass protection was OK, the run blocking was awful. It prevented Nebraska from salting the game away late. More than once, an Iowa defensive tackle was in the backfield untouched before the ball could even be handed off. Even worse was that premature snap on Nebraska’s final drive that fortunately resulted in just a five yard false start penalty instead of a disastrous fumbled snap. Still, that took Nebraska out of position to possibly kick a field goal to seal the victory. Grade: F

LB: Eteva Mauga-Clements did an admirable job filling in for Luke Reimer, though one might argue that his strip-sack of Spencer Petras ended up being a blessing in disguise for Iowa, because Iowa’s Alex Padilla played a heck of a lot better after Mauga-Clements knocked Petras out of the game. When you look at the emergence of Reimer, Nick Heinrich and Ernest Hausmann, you can see that Barrett Ruud is putting together a nice resume. Grade: B

Secondary: Issac Gifford likely won’t be limited to only playing nickel moving forward; you won’t be able to take him off the field when you need more linebackers. Quinton Newsome also sacked Petras and a couple of key pass breakups as well. Grade: B

Special Teams: Aside from Brian Buschini, Nebraska’s special teams have only become a bit less awful. They’ve haven’t returned a punt since the Indiana game at the start of October, but have tried to advance kickoffs, only to lose field position by not getting it out past the 25 yard line. Alante Brown’s decision to return a kickoff for just an 11 yard gain was awful and was compounded by a penalty. Just fair catch everything and take the ball at the 25. Timmy Bleekrode has been OK on short to middle length field goals, but longer ones have been a challenge. Bill Busch didn’t make a significant enough impact on special teams to warrant a dedicated special teams coach, but he’s absolutely earned a great deal of respect for his work as interim defensive coordinator. Grade: D-

Overall: B- Unlike the last few seasons, Nebraska found a way to not lose to Iowa. A minor accomplishment, but in a 4-8 season, not having to listen to Iowa fans for the next twelve months is something to feel better about.

How would you grade the Huskers performance against Iowa?


And Now to the Future

When you remove the unavailable (Saban, Dabo, etc.) and absurd (Urban, Gruden, etc.) coaches from the list of candidates, Matt Rhule should have been up high on most fans list for the next head coach, so I think Trev made as good of a choice as possible. Rhule’s NFL failure is rather irrelevant to college. (Nick Saban and Urban Meyer were NFL failures as well, as FYI.) Rhule’s record of developing talent at Baylor is well documented. At last spring’s NFL Draft, Bruce Feldman of The Athletic noted the “proud papa” who had assembled a sizable group of NFL prospects at Baylor.

In the stands at Lucas Oil Stadium, no one was prouder watching the Bears performance than Carolina Panthers head coach Matt Rhule, who had every reason to beam. He heard his NFL colleagues raving about Pitre the entire time. Bernard, too.

Baylor had seven players invited to the combine. Rhule and his staff found those players and helped develop them. They also landed Isaiah Graham-Mobley, a linebacker who played for them at Temple before he transferred to Boston College. But Rhule is quick to credit Baylor coach Dave Aranda, who took over for Rhule two years ago, for his work with the program and these prospects.

Nebraska has had players all along. Greater talent than the rest of the west division, if you put any stock in recruiting rankings. Athlon quoted an anonymous Big Ten assistant coach this summer:

“In their division, Nebraska still has the best-looking roster,” the coach said. “We call it the all-bus team because they look better than anyone else in the West in pregame. Long, tall dudes, really athletic, and then after a quarter or so, you stop worrying because they’re usually hurting themselves. They struggle with turnovers; they struggle with technique. I think it’s a culture issue.”

I’m not interested in litigating the Riley and Frost eras; it’s time to move forward. It’s now up to Rhule and his staff to develop the players who’ll be here this spring and this fall. Some of that is recruiting and retention, but most of it is going to be development.

So who is going to fill out Rhule’s staff? Good bet that Phil Snow will be joining the staff as defensive coordinator; he was let go by Carolina shortly after Rhule, so he’s available. After that, it’s wide open. Would he consider retaining a few existing coaches? We’ll have to see. Certainly Mickey Joseph has been discussed extensivelyyby Trev Alberts and Rhule in the final negotiations, and Tom Osborne says he recommended Joseph to Rhule as well. It’s Rhule’s decision, but certainly there’s some push to keep him in Lincoln. Lots of reasons to keep Joseph: he’s an excellent recruiter, he’s developed some great receivers and he’s loved by the current roster, which will ease the transition.

Secondary coach Travis Fisher and running backs coach Bryan Applewhite are two more that I wouldn’t mind seeing return. I also think tight ends coach Sean Beckton, Barrett Ruud and Bill Busch have merits as well. There’s no expectation that any of them will be retained, but with signing date coming up, this staff will be assembled quickly. The time for the search on both Alberts’ and Rhule’s side means that much of this was all under consideration for some times. It all starts becoming official in the next few days.