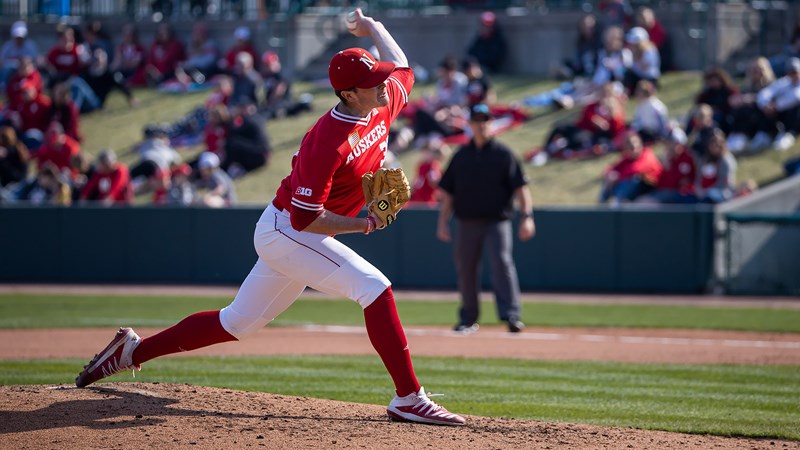 USA Baseball will name a final 26-man Collegiate National Team roster after training camp that will represent the United States at Honkbalweek Haarlem in the Netherlands on July 9-15.

Olson posted a 3-3 record in 19 appearances on the mound, including eight starts for Nebraska in 2022. The Des Plaines, Ill., native finished the regular season ranked third in the Big Ten with a 2.86 ERA and totaled 65 strikeouts in 66 innings. Olson was 2-1 with one complete-game and a 3.05 ERA in Big Ten play while making eight appearances, including six starts. Olson had a complete-game victory against Iowa, allowing only one run on four hits with a career-high seven strikeouts.

The first game of the Stars vs. Stripes series is set to take place at the USA Baseball National Training Complex in Cary, N.C., at 6 p.m. CT before the teams travel to compete in games two, three and four at the Durham Bulls Athletic Park in Durham, North Carolina. First pitch of games two and four is set for 5:25 p.m. CT on July 1 and 3, respectively, and game three is scheduled for a 4:05 p.m. CT first pitch. Team USA will conclude its domestic tour on July 4 at Truist Field, the home of the Charlotte Knights, in Charlotte, N.C. with first pitch at 5:05 p.m. CT.