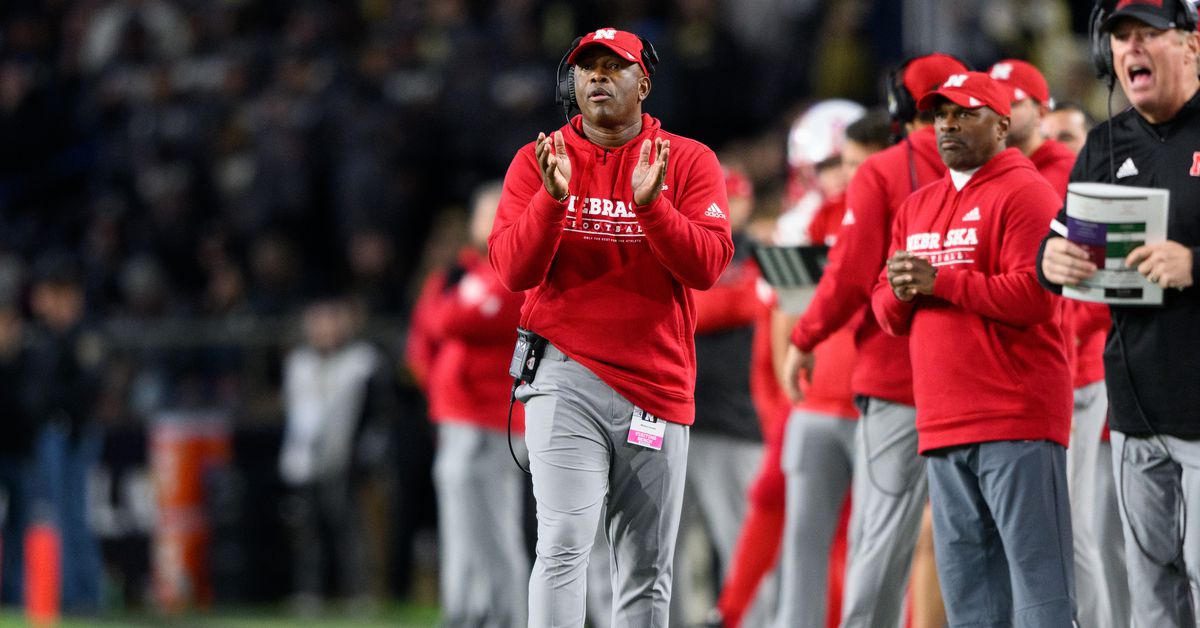 “Last time we beat Iowa I wasn’t even a dad yet.” I received that text last night.

His sons are seven years old.

Mickey Joseph did something last night that the past two Nebraska football coaches have failed to do which was beat Iowa on Black Friday.

The last one to do so was Bo Pelini.

If there was ever a great way to finish a 4-8 season this was definitely it. Nebraska beat a rival in Iowa, who they have failed to beat in the last seven tries, who with a win would have had a trip booked to Indianapolis for the Big Ten Championship game against either Ohio State or Michigan.

Not only did they play spoiler but they ended a seven year losing streak.

I’ve been saying that Mickey Joseph would have to perform a few miracles in order to get the job. Unfortunately, at this point it sounds like Mickey will not get the job. The “my sources” rumor mill is pointing right at Matt Rhule for Nebraska’s next head coach.

Regardless of where Mickey Joseph goes after this season I believe that both he and Nebraska football will appreciate the work he did under the circumstances he was given.

I mean, he made history. For those who are seven years old or younger, he actually did something that has never been seen in their entire lives.

He might have set things up for great things to come. At least, he left things better than he found it. And for that we should be grateful.

Nebraska Football: What we learned from the Iowa win
Nebraska’s snapped a seven-game losing streak to rival Iowa with a 24-17 road victory on Friday night. The Huskers closed the 2022 season with a record of 4-8.

Here are five of our biggest takeaways from the loss…

Final take: Nebraska gets a feel good moment for 2022 – On3
Eight years ago at Kinnick Stadium Nebraska beat Iowa in overtime. They held a commanding 3-1 lead in the newly minted Heroes trophy game series.

That next day former athletic director Shawn Eichorst fired Bo Pelini after a 9-3 regular season. He said the win over Iowa played no impact into his decision based on where the Hawkeye program was at that time.

Nebraska Football: Iowa postgame nuggets
Here is a full recap of what Nebraska interim head coach Mickey Joseph and his players had to say following the Huskers‘ 24-17 win over Iowa on Friday…

The 2-4-7: Huskers, Joseph finish long season on high note
We take a detailed look at the season-ending 24-17 win over Iowa that allowed Nebraska to claim its first victory over the Hawkeyes since 2014.

Huskers getting closer to naming their guy
An industry source told Husker247 on Thursday night that Matt Rhule appeared to be on his way to becoming the next Husker head coach. Unless there is a late snag in negotiations, it appears it will be official in upcoming days.

Nebraska 24, Iowa 17: No, Big Red – Black Heart Gold Pants
Your Iowa Hawkeyes coughed away a chance at an appearance at the Big Ten Championship game for the second-consecutive year in a humiliating 24-17 loss to Nebraska in Iowa City.

Mickey Joseph says Nebraska D is getting Blackshirts back – in lockers on Monday. #huskers

Mickey, on wanting to possibly talk with a new Husker HC: “I don’t think that’s up to me. I think that’s up to the next guy. … He deserves to pick his staff. … I’ve been in this thing over 25-plus years. And I’ve got a pretty good resume. So somebody’s going to hire me.”