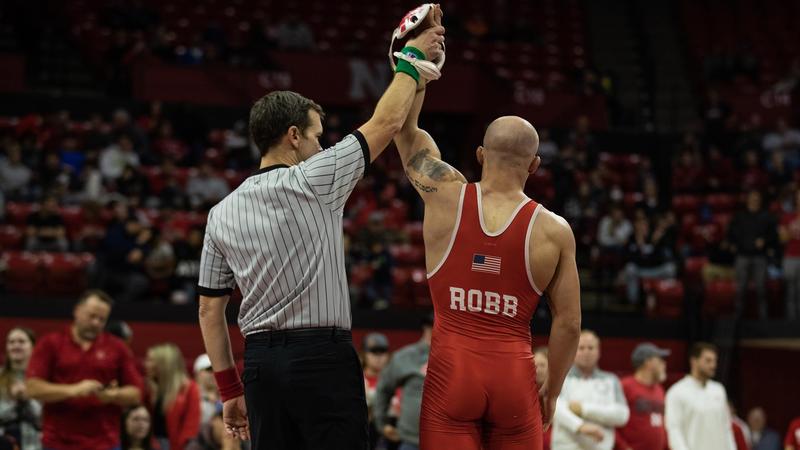 Annapolis, Md. – For the second-straight weekend, the Nebraska wrestling team hits the road as it travels to Maryland on Saturday for the Navy Classic.

The tournament will begin at 8 a.m. on Saturday with preliminary rounds. Semifinals will begin at 1:30 p.m., and the finals are set for 3 p.m. All times are central and live scoring for each match will be available on FloArena. There will be no live stream.

The Huskers are one of 12 teams at the Navy Classic, as they are joined by Air Force, American, Bucknell, The Citadel, Davidson, Kent State, Lock Haven, Michigan State, Navy, Ohio and the Virginia Military Institute.

Last Time Out: The Nebraska wrestling team split a pair of duals in Pennsylvania at the Journeymen Wranglemania on Saturday, Nov. 12. NU defeated Army 25-9 before falling to #8 NC State 23-10.

Up Next: The Huskers will return to action next month at the Cliff Keen Invite, Dec. 2-3 in Las Vegas.