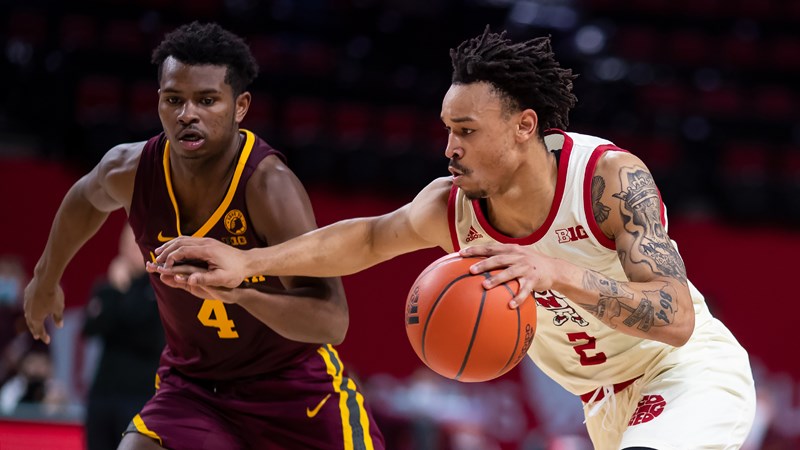 Lincoln – The Nebraska men’s basketball program added another showcase non-conference matchup Thursday morning, as the Huskers will square off against Auburn in the 2021 Holiday Hoopsgiving event.

The matchup will take place at the State Farm Center in Atlanta on Saturday, Dec. 11, with the start time and broadcast info announced at a later date. Tickets for the Holiday Hoopsgiving will go on sale later this summer.

The matchup with Auburn is another highlight of the Huskers’ 2021-22 non-conference schedule which also includes tilts with NC State, Kansas State and Creighton. The Tigers are receiving preseason recognition, ranking No. 20 by Gary Parrish of CBS in his most recent Top 25-and-1 rankings released last week.

“This is a great opportunity for our program to play a potential top-25 team in an NBA arena,” Nebraska Coach Fred Hoiberg said. “Auburn has been one of the best programs in the SEC in recent seasons under Bruce Pearl, and they will in contention again this year. The Holiday Hoopsgiving event will a marquee showcase for our team, and I think our players and staff will look forward to the challenge.”

Auburn returns a pair of starters for Bruce Pearl, who begins his eighth season at the school. The returnees are led by Allen Flanigan, who averaged 14.3 points and 5.5 rebounds per game, and Jaylin Williams, who averaged 10.9 points and 4.7 rebounds per game. The Tigers also add five-star recruit Jabari Smith, who was fourth in the ESPN100, as well as transfers Walker Kessler (North Carolina), K.D. Johnson (Georgia), Zep Jasper (Charleston) and Wendell Green Jr. (Eastern Kentucky).

Under third-year Head Coach Fred Hoiberg, Nebraska returns four starters (Trey McGowens, Dalano Banton, Lat Mayen and Derrick Walker) and five of its top six scorers from last season, although Banton declared for the NBA Draft and will have until early July to either return to school or stay in the draft.  The Huskers also add a five-member recruiting class which is ranked as a high as 13th nationally by ESPN and features five-star recruit Bryce McGowens, Wilhelm Breidenbach, a top-100 recruit, and junior college All-American Keisei Tominaga.  NU also adds a pair of former top-100 recruits in transfers CJ Wilcher (Xavier) and Keon Edwards (DePaul).