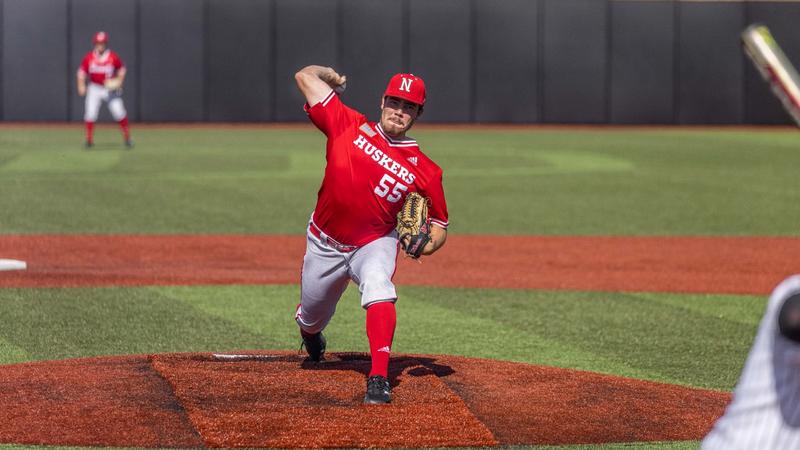 Nebraska began its fall schedule with a 9-1 win at Omaha in a 14-inning game on Saturday afternoon.

The Huskers totaled nine runs on 12 hits and an error, while the Mavericks had one run on 10 hits and three errors.

Josh Caron had a team-high three hits after going 3-for-4 at the plate. Dylan Carey had two hits and three runs, while Max Anderson tallied two hits and drove in three runs. Efry Cervantes was 1-for-2 with a two-run homer.

Nebraska opened the scoring in the first frame with Caron’s RBI single up the middle that scored Carey.

Casey Burnham reached on catcher’s interference and Carey singled to second, before Anderson’s two-RBI single through the right side grew the lead to 3-1 in the third.

Cole Evans led off the fifth with a triple to right in the fifth and scored on Cayden Brumbaugh’s sacrifice fly to left. Omaha got the run back in the bottom half of the inning with a leadoff solo home run by Eddie Satisky.

Burnham drew a one-out walk in the eighth and came around to score on a wild pitch, while Anderson drove in his third run of the day with an RBI single to center, scoring Carey and making it a 6-1 game.

Nebraska added two runs in the 11th after Cervantes lifted a 1-2 pitch off the foul pole in right for a two-run homer.

The Big Red wrapped up the scoring when Blake Mozley’s RBI single to first scored Daniel Young in the 12th.

Nebraska returns to action on Friday, Sept. 15 at Kansas. First pitch between the Huskers and Jayhawks is set for 4 p.m. in Lawrence, Kan.