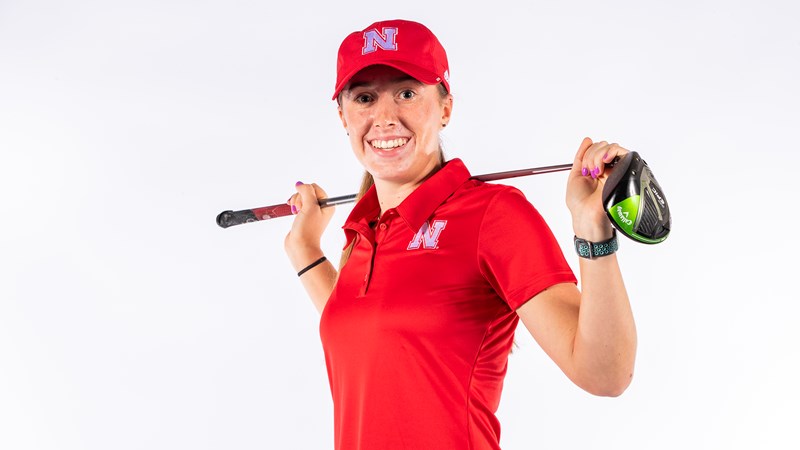 The Huskers will be part of a 14-team field in New Orleans that includes, Central Arkansas, Chattanooga, Incarnate Word, Little Rock, LSU, Mercer, Northern Colorado, Sam Houston State, Seattle, South Florida, Tulsa and UNC Asheville along with the hosts from Tulane. After a practice round on Sunday, the tournament begins with a 7 a.m. (CT) shotgun start for two continuous rounds on Monday. The tournament concludes with a single round on Tuesday beginning at 7 a.m. (CT).

“It’s always good to get started and see where we are as a team,” Sutherland said. “The team has worked very hard to prepare for the first event, and we are excited to see them in action.”

The Huskers finished No. 67 in the final 2022 GolfStat rankings, a year after advancing to 2021 NCAA Regional play. Nebraska lost NCAA Regional individual qualifier Kirsten Baete, along with regular starter Vanessa Bouvet and Nicole Hansen from last year’s squad, but return a strong nucleus for 2022-23.

Graduate student Megan Whittaker (Elkhorn, Neb.) is Nebraska’s top returning player after finishing with a 74.04 stroke average last season. Whittaker, who will be pursuing her fifth letter as a Husker golfer, is coming off an outstanding summer with a sweep of the Nebraska Women’s Amateur and Nebraska Women’s Match Play championships. She also competed at the U.S. Women’s Amateur.

Kelli Ann Strand could make an immediate impact in replacing Baete’s presence in the lineup. A true freshman from Challis, Idaho, Strand was the top Husker in qualifying for the Green Wave Classic. Strand competed at the U.S. Junior Amateur this summer after winning her third consecutive Idaho Class 2A high school title.

Junior Lindsey Thiele has continued to show improvement and could be ready to make a competitive jump this season, while sophomores Miu Takahashi and Andrea Velez round out the Husker lineup in New Orleans.

Whittaker Back for Fifth Year to Lead Huskers in Big Ten

A hard-working golfer who has shown impressive improvement throughout her four collegiate seasons, Megan Whittaker returns to lead Nebraska in the hunt for an NCAA Regional bid in 2022-23. The graduate student from Elkhorn, Neb., produced Nebraska’s No. 2 stroke average (74.04) in 2021-22, just missing an individual NCAA Regional bid. She trailed only NCAA Regional qualifier Kirsten Baete (73.94) among the Huskers.

Whittaker is coming off a big summer that included a sweep of the Nebraska women’s match play and stroke play championships and a berth in the U.S. Women’s Amateur. She joined teammates Michaela Vavrova and Kelli Ann Strand as Big Ten Golfers to Watch heading into the 2022-23 season.

Whittaker produced the first two top-10 individual finishes of her career while matching Baete and Vanessa Bouvet for the team lead with seven top-25 performances in 2021-22.

A star in the classroom and the community, Whittaker earned her bachelor’s degree in finance in May of 2022, and is a four-time WGCA Scholastic All-American, a three-time Big Ten Distinguished Scholar and a three-time Academic All-Big Ten selection. In the community, she earned a prestigious Sam Foltz 27 Hero Leadership Award at Nebraska in 2021. She was also Nebraska’s 2021 Big Ten Sportsmanship Award winner for women’s golf.

Whittaker’s ties to Nebraska women’s golf are very strong, as her mother Kim (Lefler) lettered as a golfer for the Huskers from 1991 to 1994, helping Nebraska advance to the 1994 NCAA West Regional as a senior.

The top player in the state of Idaho throughout her high school career, Kelli Ann Strand was a three-time Idaho state champion who was ranked among the top-310 players in the world (WAGR 308) before arriving at Nebraska.

A leading contender to earn a second straight Idaho Golf Association Women’s Player of the Year award, Strand produced a strong summer of 2022. After winning the Idaho Women’s Match Play title she took second at the Idaho Women’s Amateur. She was also the runner-up at the Girls Junior Americas Cup (July 24-28) for the second straight year with a three-round total of 205 (-11). She captured third at the IMG Academy Junior World Championship (July 12-15) with a four-round total of 280 (-8), which came before competing at the U.S. Girls Junior Amateur in Kentucky (July 18-23), where she advanced to Match Play before finishing in a tie for 33rd.

Strand earned the No. 1 position in Nebraska’s lineup for the season-opening Green Wave Classic by winning Nebraska’s competitive qualifying rounds in advance of the tournament.