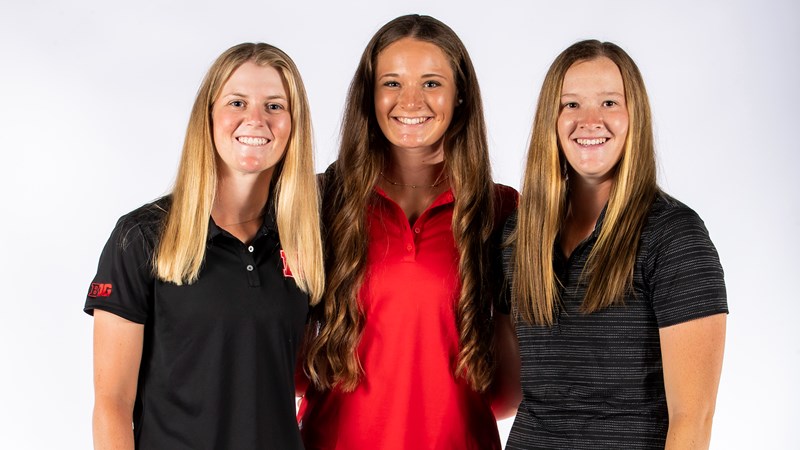 Baete, who was named one of Nebraska’s five Outstanding Scholar award winners across all sports by maintaining better than a 3.9 GPA as a Husker, capped her athletic career by earning All-Big Ten honors after a fourth-place individual finish at the Big Ten Championship. She also claimed an individual berth to the NCAA Stanford Regional, where she posted a top-30 finish.

Whittaker, who earned her bachelor’s degree as a finance major from Nebraska in May, recently won the 2022 Nebraska Women’s Match Play title before qualifying for the 122nd U.S. Women’s Amateur Championship. Whittaker will return to Nebraska for her fifth season of competition in 2022-23 and is in position to become the first five-time WGCA Scholastic All-American in Husker history, if she can build on her athletic and academic accomplishments in the coming season.

Thiele, a sophomore from Wahoo, Neb., earned her second consecutive WGCA Scholastic All-America honor. A 2022 Big Ten Distinguished Scholar, Thiele was the co-champion of the Marilynn Smith/Sunflower Invitational last season. She also helped Nebraska to a runner-up team finish at the 2021 Big Ten Championship and a spot in the 2021 NCAA Columbus Regional.

In addition to their remarkable success on the course and in the classroom, all three Nebraska natives have been leaders in the community as Huskers. Baete (2019), Whittaker (2021) and Thiele (2022) have all been Sam Foltz 27 Hero Leadership Award winners and have combined for 11 spots on the Tom Osborne Citizenship Team.