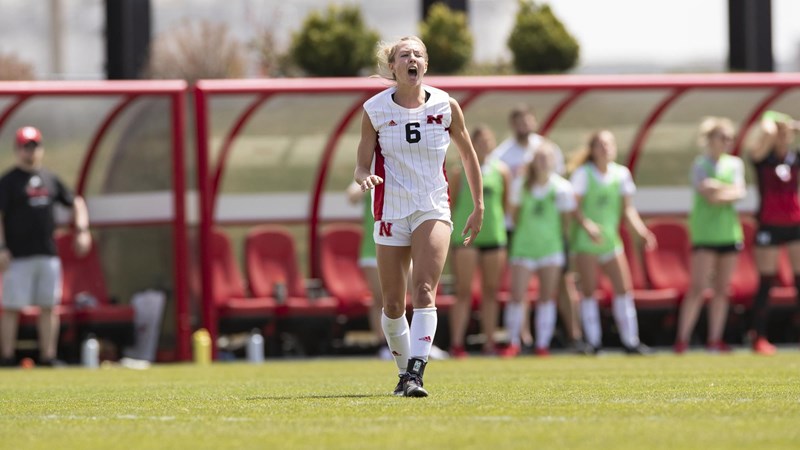 The Nebraska soccer team hits the road for an exhibition match against the Omaha Mavericks on Sunday, starting at 6 p.m. (CT) at Caniglia Field. Fans can also follow the action via Twitter (@NebraskaSoccer) or via live stats/video on omavs.com.

The Huskers return home to host Tulsa in an exhibition match on Friday, Aug. 12 at 7:05 p.m. (CT) in NU’s final tune-up before kicking off the 2022 campaign on Aug. 18 against San Diego State.

• Nebraska continues its tradition of playing a strong schedule in 2022. This year’s slate features eight NCAA Tournament qualifiers from last season, including two that advanced to the Sweet 16 and one that reached the Elite Eight.

• The Huskers have 12 regular-season home games scheduled for their eighth season at Barbara Hibner Stadium in 2022. Additionally, NU will host one exhibition, seven non-conference and five conference matches.

• Nebraska returns two All-Big Ten performers from last season, junior Reagan Raabe and sophomore Sarah Weber. Raabe, a third-team all-conference selection, tied for the team high in goals (7) last season and produced the most points on the team (17). Weber, an all-freshman team honoree in 2021, led the team in shots (62) and shots on goal (31) last season.

• Freshman Abbey Schwarz, a recipient of last year’s Big Ten Freshman of the Week accolade, led the Huskers in assists last season, as she compiled eight to place her fifth on the Big Ten charts.

• Omaha went 9-8-2 last season and posted a 6-3-0 record in Summit League play to finish seventh in the conference.

• At the Summit League Tournament, Omaha lost to South Dakota State in the first round to come up short of an NCAA Tournament bid.

• Omaha and Nebraska have met in one regular season game, as the teams competed for the first time last season. The Mavericks recorded the 0-1 win, but the Huskers led 22-1 in shots and 6-0 in shots on goal.

• Following its exhibition match against Nebraska, Omaha stays home to face Drake on Aug. 10 for an exhibition game before its opening its regular season on Aug. 18 against Oklahoma State.

• Head Coach Tim Walters is 36-39-12 in his sixth season overall at Omaha. He is assisted by Erin Gunther, Humberto Estrada and Greg Jarosik.