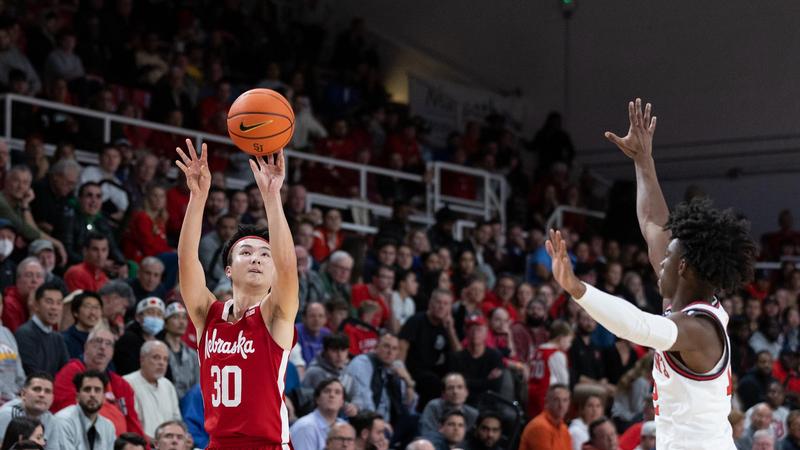 The Huskers will look to snap a two-game losing streak on Sunday evening, as Nebraska takes on Florida State at the ESPN Events Invitational just outside Orlando, Fla. Tipoff between the Huskers and Seminoles is set for 6:30 p.m. (central) and the game will be televised nationally on ESPNEWS and carried on the Huskers Radio Network, on Huskers.com and on the Huskers app.


Nebraska’s game against the Seminoles marks the third all-time meeting between the schools and the first since a 70-65 Husker win in Tallahassee on Dec. 1, 2014, in the Big Ten/ACC Challenge. The other meeting was a 74-60 Florida State win in the Orange Bowl Classic on Dec. 31, 2005. It is the start of two straight games against ACC opponents for Nebraska, as the Huskers will host Boston College on Wednesday evening in the ACC/Big Ten Challenge.

While NU Head Coach Fred Hoiberg has not coached against the Seminoles at either Iowa State or Nebraska, he faced them once during his collegiate career, scoring 15 points and recording a pair of steals in FSU’s 109-86 win during the 1992-93 season.

Nebraska (3-3) struggled with turnovers in Friday’s 73-61 loss to Memphis, as the Tigers forced 20 turnovers, including 13 in the second half, to break out a three-point game at the break. Memphis turned the 20 points into a 19-9 advantage in points off turnovers. NU came into the game averaging just 12.4 turnovers per game and had just 21 combined in its previous two games.

The loss overshadowed strong performances from seniors Emmanuel Bandoumel and Derrick Walker.  Bandoumel tied season highs with 18 points and five assists and has averaged 15.5 points, 5.0 assists and 4.5 assists per game during the two games so far in Orlando. Walker, who missed Nebraska’s first five games, had 15 points on 7-of-11 shooting and 12 rebounds in 34 minutes of work. Sunday’s game will be Walker’s 50th career start as a Husker, as he was NU’s leading returning scorer, rebounder and shot blocker.

Emmanuel Bandoumel matched his season high with 18 points, while Derrick Walker posted a double-double in his 2022-23 debut, but 13 second-half turnovers proved costly in a 73-61 loss to Memphis Friday evening.

Bandoumel led NU (3-3) with 18 points, including a trio of 3-pointers, and five assists, while Walker had 15 points and 12 rebounds after missing the Huskers first five games of the season.

Memphis forced five turnovers in the first four minutes of the second half as part of a 9-2 run, turning a 33-30 lead into a 10-point advantage at 42-32 to force a Husker timeout. The Huskers fought back and pulled to within 47-42 after a Walker layup and a 3-pointer from Keisei Tominaga with 13:30 left, but Memphis took over from there.

Alex Lomax, who came into the contest averaging just 4.5 points per game, keyed a decisive 12-2 run with six of his 13 points. Lomax, who was 0-for-8 from the 3-point line on the year to this point, hit a 3-pointer that bounced off the rim and fell in and then had a steal and layup on the Huskers’ next possession pushing the lead back to 10. It was part of a decisive 12-2 spurt that pushed the lead to 15, and the Huskers were unable to get closer than 12 points the rest of the way.

Kendric Davis led four Memphis players in double figures with a game-high 21 points and seven assists, while DeAndre Williams added 16 points for the Tigers, who improved to 3-2 on the season.

•-Nebraska has been aggressive on the offensive glass early in the season. NU enters Sunday’s game third in the Big Ten with 12.8 offensive rebounds per game after grabbing just 7.3 offensive caroms per game last year. Juwan Gary leads NU with 3.0 offensive boards per game, while Derrick Walker grabbed six offensive boards in his 2022-23 debut on Friday.

•-Walker became the eighth Husker to post a double-figure game this season with his 15 points against Memphis. Walker was 7-of-11 from the field on Friday and now has a .659 field goal percentage during his Husker career.

•-Walker became the third different Husker to record a double-double with his 15-point, 12-rebound effort against Memphis. He joins Juwan Gary (vs. Maine) and Blaise Keita (vs. Arkansas-Pine Bluff).

•-With his 18-point effort against Memphis, Emmanuel Bandoumel became the fifth different NU player to lead the team in scoring in the first six games (Griesel-Maine; Wilcher-Omaha; Tominaga-St. John’s; Gary-UAPB and Maine).

•-Nebraska tied a season high with 17 assists against Memphis on 22 made field goals. NU also had 17 assists in the win over Arkansas-Pine Bluff. The Huskers also set season bests in 3-pointers (nine), 3-point percentage (.375) and steals (eight, tied) in Friday’s game.