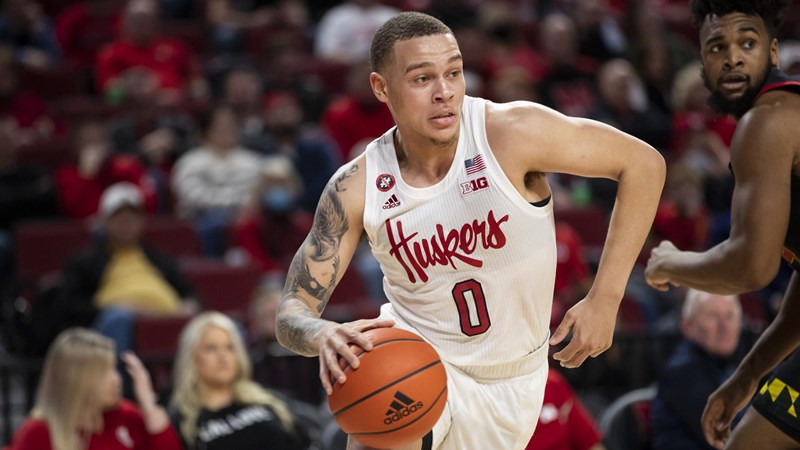 The Huskers, under the direction of fourth-year head coach Fred Hoiberg, will be tested and could face as many as seven power conference teams in non-conference play. Under Hoiberg, NU’s schedule has ranked in the top 35 in each of the past two seasons, including sixth in 2020-21.

“There is no doubt that this non-conference schedule will prepare us for the Big Ten slate,” Hoiberg said. “We are playing in a great field in Orlando, where we could potentially face three high-caliber teams in four days, as well as the Gavitt Games matchup at St. John’s and against Boston College in the ACC/Big Ten Challenge. When you add the annual matchup against Creighton, as well as a matchup in Kansas City against Kansas State, there are plenty of opportunities to earn quality wins. Our team is excited for the challenge ahead.”

The Huskers will play three of their first four regular-season games at Pinnacle Bank Arena, including matchups with Maine (Nov. 7) and Omaha (Nov. 10). Both Maine and Omaha will be breaking in alums as new head coaches. Chris Markwood will make his coaching debut for Maine in the Huskers’ season opener, while Chris Crutchfield, who played both basketball and football at Omaha, is in his first season leading the Maverick program.

NU will travel to Queens, N.Y., for a matchup with St. John’s in the Gavitt Tipoff Games on Nov. 17. The Red Storm return four starters, including All-Big East guard Posh Alexander, and welcome a pair of transfers in David Jones (DePaul) and Andre Curbelo (Illinois). The Huskers will return home for a game against Arkansas Pine Bluff on Sunday, Nov. 20.

Following the trip to Orlando, the Huskers will host Boston College in the ACC/Big Ten Challenge (Nov. 30) before traveling to Omaha on Dec. 4 for the annual matchup with a Creighton team that returns the bulk of its roster from last season.

NU’s final two non-conference tilts will take place prior to Christmas, as the Huskers travel to Kansas City for a neutral-site matchup against Kansas State at the T-Mobile Center (Dec. 17) before returning to Pinnacle Bank Arena to face Queens University on Dec. 20, as part of Battle at the Vault. Queens went 30-4 last season and moves up to the Division I ranks in 2022-23, and is a member of the Atlantic Sun Conf­erence.

The Huskers will also play a pair of exhibition games this season. NU will open against Chadron State on Sunday, Oct. 23, at Pinnacle Bank Arena and travel to Colorado. Details on that NU-Colorado matchup will be announced at a later date.

Season tickets for the 2022-23 start at just $120 and include 14 regular-season games, including 10 Big Ten matchups. The Huskers’ matchup against Queens University is not included in season-ticket package and details for that event will be announced soon. Season ticket holders for the 2022-23 season will have an opportunity to purchase tickets to the Battle at the Vault event and will receive more information via email.

The conference home slate includes Big Ten regular season co-champions Wisconsin and Illinois, as well Big Ten Tournament champ Iowa. The deadline to join the waitlist is Aug. 1, and the Seat Yourself upgrade program will be Aug. 16-19.