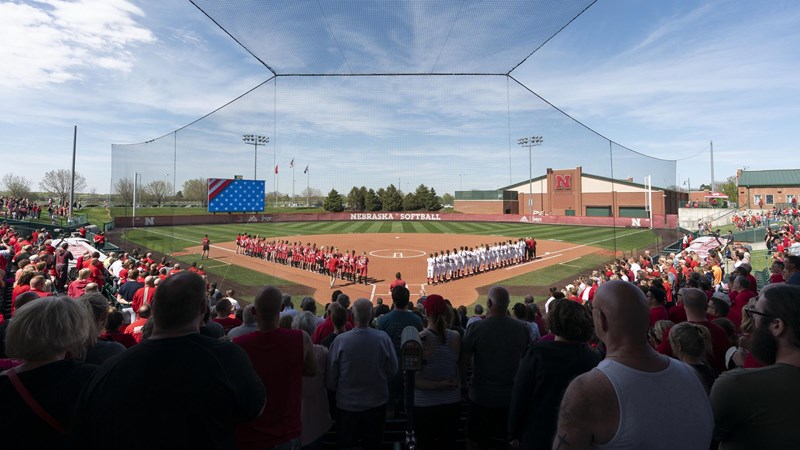 “Nebraska Softball got better today with the addition of Sarah Harness,” Revelle said. “Sarah, combined with our talented pitchers that return next year gives reason for great optimism for another successful season. Sarah can flat out pitch, and her strongest pitches are very complimentary to our other pitchers’ best pitches.

“She brings a competitive fire, a high pitching IQ, and a desire and talent to be an immediate impact player. On top of her ability to help us win on the field, Sarah fits right into our ‘team first’ culture and is an excellent student as well.”

Harness has spent the past three seasons with Southern Illinois and will have two years of eligibility at Nebraska. Harness has appeared in the circle 84 times in her collegiate career with 55 starts. She boasts a 2.31 career ERA with 436 strikeouts through  442.1 innings.

In 2021, Harness received Second-Team All-Mideast Region Honors and was named to the All-MVC second team. She appeared in 38 games including 26 starts, finishing the season with a 22-7 record and a 1.77 ERA. Harness was named MVC Pitcher of the Week five times and was a finalist for the NFCA D1 Freshman of the Year award. She earned MVC All-Tournament MVP honors after finishing 3-0 with a 0.33 ERA in 21 innings of work to help SIU to the MVC Tournament title.

In her first season at SIU, Harness held a 1.97 ERA with a 9-4 record. She tallied 76 strikeouts before the season ended early due to the coronavirus. She threw 25.2 consecutive scoreless innings to end the 2020 season. Harness finished top-15 nationally among freshmen in saves (t-3rd), wins (t-6th), shutouts (t-6th), strikeouts (t-7th) and innings pitched (t-12th). She was also a two-time MVC Pitcher of the Week and two-time MVC Newcomer of the Week honoree.

Harness is a native of Bowling Green, Missouri. She was a standout at Bowling Green High School, winning back-to-back Missouri State Championships and was named to three-straight All-State teams.