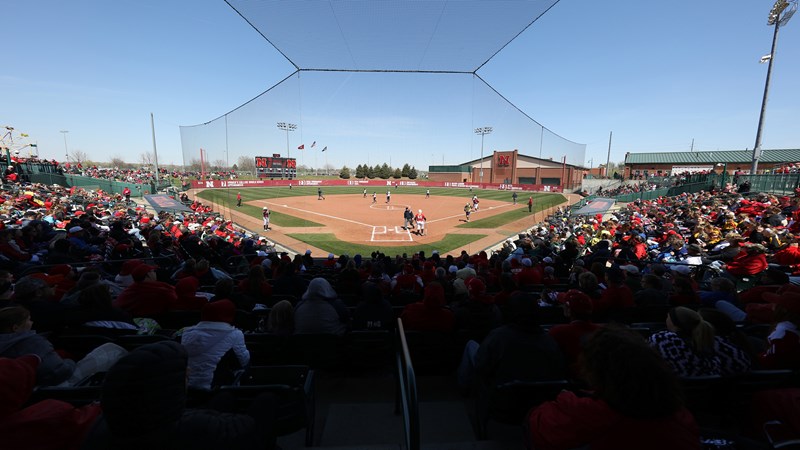 The Nebraska softball team has added infielder Mya Felder to its roster, Head Coach Rhonda Revelle announced on Friday, July 9. Felder joins the Huskers as a transfer from Oregon, where she earned all-region recognition last season.

“We are thrilled to have Mya join the Nebraska softball family,” Revelle said. “Mya is an experienced and accomplished hitter who has put up impressive numbers against some of the best pitchers in the country. Her bat will be a big addition to our lineup and her character and personality are a perfect fit for our program. We are excited to have Mya wear the Scarlet and Cream.”

Felder has played three seasons of college ball and will have two years of eligibility at Nebraska. She spent her freshman year at New Mexico State in 2019 before playing for Oregon in 2020 and 2021. Felder has played in 127 games in her collegiate career with 118 starts. She boasts a .326 career average with 23 doubles, 19 home runs and 77 RBIs with a .429 on-base percentage and .583 slugging percentage.

As a freshman at New Mexico State in 2019, Felder hit .357 with 16 doubles, 12 home runs and 46 RBIs. She was named the Western Athletic Conference Freshman of the Year and was a first-team All-WAC selection. Felder was also a three-time conference hitter of the week with the Aggies, and she was named national player of the week in May.

In two seasons at Oregon, Felder posted a .296 average with 14 extra-base hits, 31 RBIs and more walks (30) than strikeouts (25). She hit .356 in the shortened 2020 season and committed only one error at first base. Last season, Felder was a third-team All-Pacific Region selection for the Ducks, who advanced to an NCAA Regional Final. She started 46 games last spring and hit .274 with five home runs and 21 RBIs, while leading Oregon with 21 walks.

Felder is a native of Fresno, California. She was a standout at Clovis East High School and is one of five California products on the Huskers’ 2022 roster.