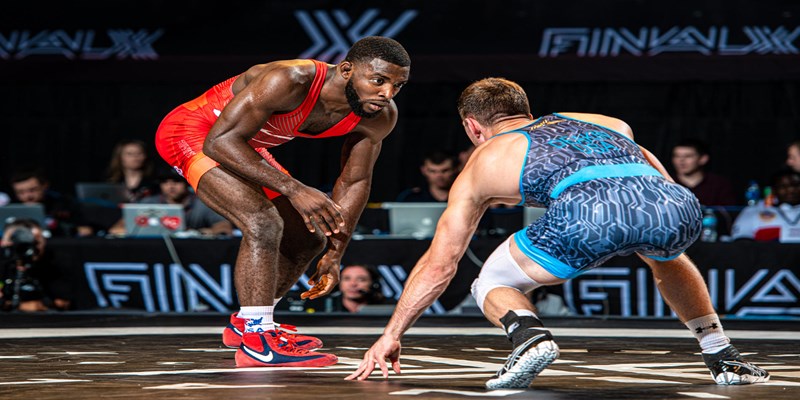 Former Nebraska wrestler James Green took home the 70 kg senior freestyle crown on Saturday night as a total of 12 past and present Huskers took the mat at UWW Junior and Senior Nationals this weekend. The events were held at Xtrema Arena in Coralville, Iowa from Friday, April 30 to Sunday, May 2.

On his quest for the title, Green defeated his first three opponents by superiority, wrestling less than six minutes combined in his first three matches on the day. He went on to win his semifinal bout against Brayton Lee (Gopher Wrestling Club – RTC) by 4-2 decision and ultimately won the title with a 7-2 win over Alec Pantaleo (TMWC/CKWC).

At UWW Junior Freestyle Nationals, Dominick Serrano (61 kg) led the contingent of six Huskers competing with a third-place finish. After falling in the semifinals of the championship bracket, he defeated his next two opponents by decision to secure the third-place result on Sunday.