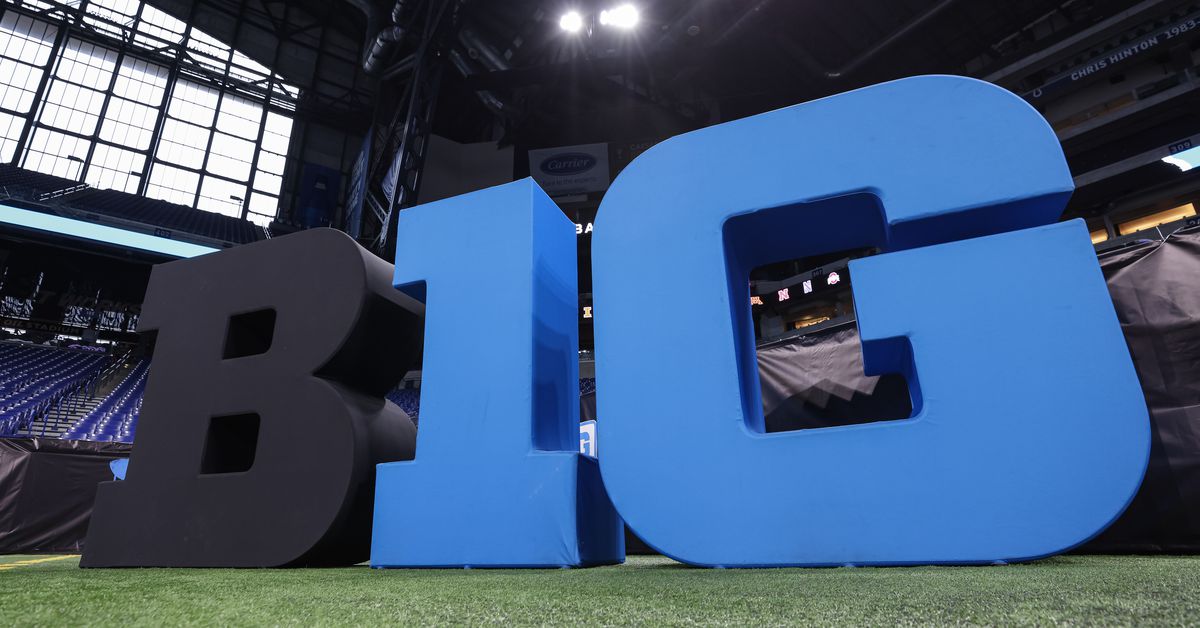 The official two year anniversary was yesterday but I am slotted to write Flakes on a Friday so here we are.

Big Ten cancels college football season for fall 2020, hopes to play in spring 2021 – CBSSports.com
Following a morning meeting of the conference’s presidents, the Big Ten on Tuesday decided to cancel the college football season for fall 2020 with hopes of playing in spring 2021. With this decision, the Big Ten has become the first Power Five conference to decide not to play this fall amid the COVID-19 pandemic.

That was a great time had by all right?

Then remember that Nebraska football players then sued the Big Ten?

Once again— Nebraska sued at a time when Big Ten said the decision to cancel would not be revisited.

And the conference’s decision to bring back football CONVENIENTLY occurred right before emergency discovery was ordered to be provided to Nebraska players as part of their case.

Oh those were the days.

Then we ended up having a terrible season and getting thank you cards by every Big Ten team that beat us.

Mandel’s Mailbag: What’s the real impact of Big Ten CFB and CBB no longer on ESPN? – The Athletic
For years and years, it was a weekly rite of passage. Lee Corso would don the head gear and wave good bye from the College GameDay set, at which point ESPN would take us to a crowd shot in Evanston or West Lafayette for whatever C-list Big Ten game they’d stuck in the early window.

Bears’ Justin Fields expected to benefit from offseason work, new offense – The Athletic
The second-year QB’s throwing coach and new head coach like what they’ve seen after an offseason of addressing areas of improvement.

How the 2023 Cubs could be helped by Franmil Reyes’ two-month audition – The Athletic
It was hard to miss Franmil Reyes, the 6-foot-5, 265-pound slugger the Cubs recently acquired, putting on a show during his first batting practice at Wrigley Field. Even if one wasn’t paying attention from the start, the repeated, loud “thud” reverberating through the ballpark as he sent shot after shot into the nearly empty bleachers started to turn heads.

As they take the Field of Dreams, where do the Chicago Cubs stand in their latest rebuild?
When the Cubs traded four stars at the 2021 deadline, they made their future intentions clear. Another year in, what does it mean that they dealt away stars again?

Prochazka working back to form in fall camp
When Teddy Prochazka returned to the football field this fall nearly 10 months after tearing his ACL, the Husker left tackle admitted things were a bit tough.

New Husker Marcus Washington keeps focus on ‘proving myself right’ in reaching his potential
Having arrived to the Husker football program in the summer, Marcus Washington doesn’t have the name on the back of his practice jersey like most others.

What I saw and heard at Nebraska practice from Casey Thompson, Chubba Purdy and more – The Athletic
On Day 16 of preseason camp and practice No. 12, the Nebraska football team ventured for the first time this month inside Memorial Stadium for a morning practice. Perhaps no better tactic exists to keep spirits lifted during a strenuous stretch of August, with the opening game still more than two weeks away.

The 3-2-1: Questions and concerns remain for Nebraska’s offense – On3
We continue our weekly column, “The 3-2-1,” which looks at some of the top current storylines surrounding Husker athletics.

The defense, however, apparently played well as the Huskers worked out in Memorial Stadium.

Nebraska quarterback Chubba Purdy has 17 practices in a Husker jersey on his resume during the spring and fall since he transferred from Florida State.

How MLB’s new rule led to a slew of position players pitching — but could help fix baseball – The Athletic
It isn’t often that any professional sports league changes its rules in the middle of a season. But it happened in baseball, a mere seven weeks ago. It’s possible you never even noticed.

John Calipari says Kentucky ‘is a basketball school’ but football coach Mark Stoops questions if that’s true – CBSSports.com
Kentucky basketball coach John Calipari woke up Thursday and decided to publicly make the case for his program to get a new practice facility. So he talked with The Athletic’s Kyle Tucker, explained how he had to stop a recent workout because the roof was leaking in the 15-year-old Joe Craft Center, and eventually said the following: “This is a basketball school. It’s always been that. Alabama is a football school. So is Georgia. I mean, they are. No disrespect to our football team. I hope they win 10 games and go to bowls. At the end of the day, that makes my job easier, and it makes the job of all of us easier. But this is a basketball school. And so we need to keep moving in that direction and keep doing what we’re doing.”

Chubba Purdy prepping the only way he knows as Husker opener approaches – like he’s the guy
The routine day of a man trying to be Nebraska’s starting quarterback – if not now perhaps; soon – begins with a 6 a.m. wakeup and finds him heading home around 8 p.m.

Best City Builder Games Of All Time
City life isn’t always a walk in the park (unless you’re actually walking through a park, that is). It’s noisy, crowded, and commutes can be frustrating. If only there was a way to design the perfect city to end all your urban woes…

The Best Things I Saw On The Internet This Week

30 years ago rocky, colt, and tum tum pulled off the greatest comeback in basketball history.

i broke down the game from 3 ninjas here pic.twitter.com/5vQjnZNqcD

Big Ten football: Can Ohio State, Ryan Day win it all?
Dave Feit: Who I Am as a Nebraska Football Fan