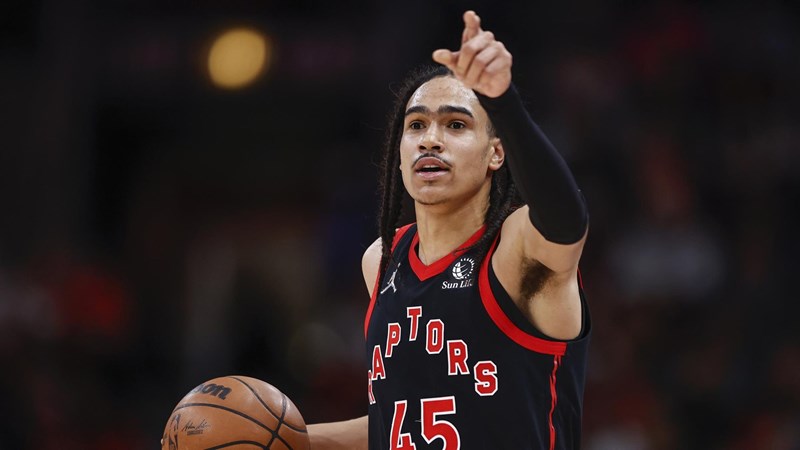 Nebraska basketball will have a strong presence in the 2022 NBA Summer Leagues, as a quartet of former Huskers will be in action over the next two weeks in Salt Lake City in Las Vegas.

The summer league season for the former Huskers began Tuesday, as James Palmer Jr. is playing for the Utah Jazz Summer League team. Palmer, who played at Nebraska in 2018-19, has averaged 11.5 points, 5.0 rebounds and 3.0 assists in the first two games for the Jazz. Palmer a two-time All-Big Ten selection as a Husker, wraps up the Salt League City Summer League tonight as Utah faces Memphis before beginning the Las Vegas Summer League on Saturday.

While Palmer is already in action, Dalano Banton, Bryce McGowens and Trey McGowens will head to Las Vegas for the NBA 2K23 Summer League, which runs from July 7-17.  Banton begins his second season with the Raptors after averaging 3.2 points, 1.9 rebounds and 1.5 assists per game in 65 contests with Toronto as a rookie.

Bryce and Trey McGowens begin their professional careers this week.  Bryce, a second-round pick of Charlotte, will play for the Hornets, while Trey was signed by the Los Angeles Clippers for summer league. Each team will play four scheduled opponents from July 8-15 with the final game slated for July 16-17.  A pair of matchups could feature multiple former Huskers, including the July 13th game between Toronto and Utah and the July 15th contest between the Los Angeles Clippers and Utah.

All of the NBA Summer League games are available on an ESPN Network or on NBA TV.