The stage is set for Saturday.

It’s time for the Huskers to prove themselves on the national stage.

I’m still chugging all that Kool-Aid I made before the season started.

I know that Nebraska will stun Ohio State in Lincoln (once again) and these are my reasons why.

Nebraska fans have been waiting to see what Wan’Dale Robinson could do. He put on a show on Saturday.

He was this week’s Big Ten Freshman of the Week with 19 carries for 89 yards and 8 receptions for 79 yards. He also had 3 touchdowns.

When his team needed him, they put the ball in his hands and he did not disappoint. 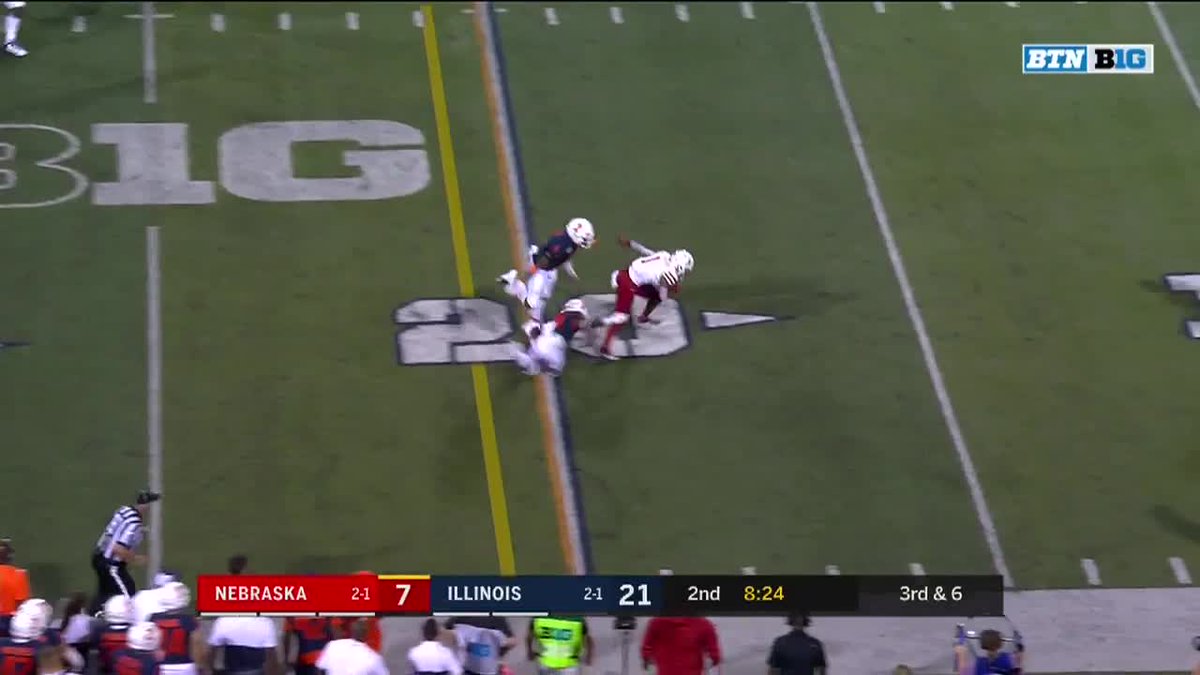 #2 THIS IS THE FIRST REAL TEST FOR JUSTIN FIELDS

Through the first four games, OSU Quarterback Justin Fields is on track to be even better than Dwayne Haskins and J.T. Barrett.

This game will test him though, this will be his first road game in an environment like Memorial Stadium.

He sure to have some nerves and make some mistakes. Our defense will have to capitalize on those.

The Husker fans will show up and be loud. In this game everyone will find out if Fields can handle playing in front of the 90,000 of the best fans in college fooball.

My bet is that he can’t.

This team has shown us that they have heart. They overcame a two touchdown deficit to win a football game that they fumbled four times in.

The defense was consistently put in bad positions, but they only allowed Illinois 1 third down out of 12 attempts. They also came up with an interception at a clutch time.

JoJo Domann was all over that field, like he has been consistently all year long. He is always making plays and plays his heart out every game.

The defense is not the only part of this team with heart.

Maurice Washington stayed on that field as long as he could. He made plays for his team while he was in pain. He willed himself to 89 yards in not quite two quarters. And had to sit out the rest of the game due to injury.

JD Spielman took hit after hit and kept getting back up and going for more. This Nebraska team needs Spielman and he has the heart to keep going even when it hurts.

We already know Wan’Dale has the heart and drive to help this team win. And Adrian Martinez does too. Which leads me to reason number four.

Adrian Martinez went out game after game last year and put up big numbers. He had Husker fans in awe.

In the second half of the Illinois game Adrian came back. We saw the decisive quarterback who made plays with his legs when he couldn’t with his arms. Adrian Martinez confidently led his team to victory while rushing for 118 yards and passing for another 327.

He has the talent as well as the grit and determination to lead the Huskers to victory over the Buckeyes.

#5 COLLEGE GAME DAY IS IN TOWN

I don’t know if you’ve heard. It’s been pretty hush hush, but College Game Day is coming to Lincoln tomorrow.

Don’t worry guys, I can’t make it to Lincoln on Saturday so the Huskers are bound to make it 6-1.

Read the full story at Cornnation.com