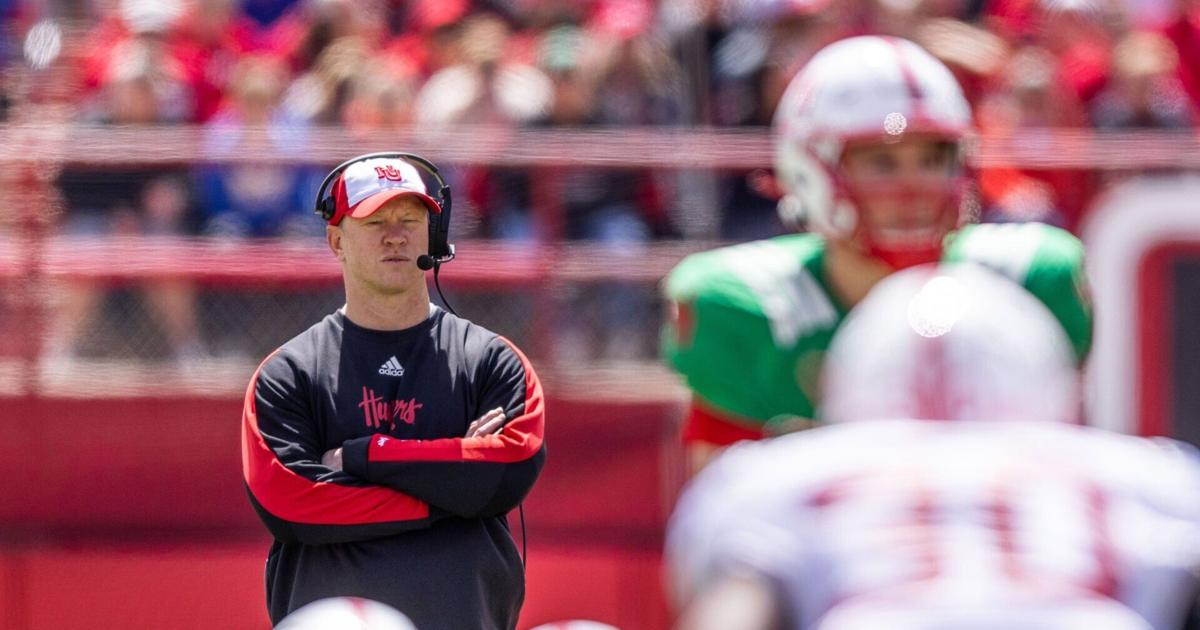 Summer is over for Nebraska. Fall camp has arrived.

Senior tight end Chancellor Brewington felt the change last week when players and coaches met after their last workout. Now it’s a matter of weeks — not months — until the Huskers are in Ireland and a prove-it season kicks off. Every moment until then counts.

“The seriousness kind of went over the team, for sure,” Brewington said on his radio show on a Lincoln station. “It’s really about to get started and get cracking.”

Much like other critical aspects of NU’s offseason — like assistant coach hires and transfer portal recruiting — the Huskers are tasked with coming together in a compressed timeline. They play in college football’s first Power Five game of the year Aug. 27 and in the second FBS contest overall, just half an hour after Austin Peay and Western Kentucky begin the Week Zero slate at 11 a.m. central that day.

So the Huskers won’t waste any time — their three player representatives at Big Ten media days and coach Scott Frost will talk early Tuesday morning in Indianapolis and be on a westbound plane home later that afternoon. Wednesday marks the first of 15 practices across 19 days in a three-days-on, one-day-off model followed by another week of workouts. A rare Sunday press conference comes after that before the team embarks on a trip 4,000 miles and six time zones away for a pivotal opener against a league foe.

“It’s going to be on us quick,” NU defensive line coach Mike Dawson said recently on the Huskers Radio Network. “The guys will be ready to go.”

Until then, Nebraska’s depth chart will largely resemble a shaken snow globe that’s slowly settling. Double-digit starting jobs are conceivably up for grabs, most of which involve a school-record 15 portal transfers. That’s headlined by an ongoing quarterback battle in which Texas transfer Casey Thompson has yet to be anointed, Florida State transfer Chubba Purdy has impressed and incumbent Logan Smothers started Big Red’s last game. Thompson began throwing regularly in recent weeks, ramping up from an offseason “pitch count” because of the right thumb he severely injured last October.

Other position questions are a product of relatively unproven but quality depth. Receiver, for example, is still coming into focus even as LSU transfer Trey Palmer and Omar Manning are projected for central roles. Same with the defensive secondary, where cornerback Quinton Newsome is the only given in a group that must land on two new starting safeties and another corner.

Defensive backs coach Travis Fisher warns that the pecking order could change daily. He hopes it does.

“I just want to keep the guys going, making them compete,” Fisher said. “Because if I need one in the fourth quarter — a fresh one — then that’s what I want to be able to do is turn around and grab one instead of scratching my head wondering who I’m going to put in.”

The most nebulous position remains the offensive line. Two projected starters — left tackle Teddy Prochazka and guard Turner Corcoran — missed spring reps with injuries. Another, guard Nouri Nouili, was ruled ineligible for all of 2022 by the NCAA in June for a failed drug test.

Meanwhile, center remains a question as former walk-on Trent Hixson looks to tighten his grip on the job. A pair of transfers in Kevin Williams and Hunter Anthony will battle with incumbents like Broc Bando and Ethan Piper. All of it while everyone is adjusting their technique under new position coach Donovan Raiola.

Another new coach, offensive coordinator and play-caller Mark Whipple, said he’ll be fascinated to check in on players who missed the spring as well as incoming freshmen. Who made noticeable improvements since April on a relatively large roster of more than 150 players?

“You gotta make some decisions early in camp because then you’ve got to get ready for the season,” Whipple said. “I think it’s a real benefit here as many kids as we have with the walk-on program that they’re getting a lot of tape.”

Special teams — a constant thorn in NU’s side during its five-year bowl drought — is another major focus under new coordinator Bill Busch. Specialist positions aren’t in doubt between transfer punter Brian Buschini and transfer kicker Timmy Bleekrode, but reinforcing their resumes with camp consistency would calm some nerves. Coaches will simultaneously be on the lookout for “LRPs” — Busch’s parlance for limited role players — to mix in with defensive and offensive starters on various kickoff and punt units.

Nebraska will also continue its yearslong quest to find a feature running back, this time from within a revamped stable of rushers. Maybe that’s resident veteran Rahmir Johnson, who added muscle in the offseason, or Jaquez Yant, who slimmed down. Junior college transfer Anthony Grant will be a factor. So could Gabe Ervin, who started games last year before suffering an ACL tear. Freshmen Ajay Allen and Emmett Johnson will have a chance to prove themselves in August too.

First-year position coach Bryan Applewhite said he felt “really good” about where the group left off in the spring. Fall camp will test how much momentum it still has.

The one certainty of August, upperclassmen agree, is the grind. Whoever can handle that will be on the field when everyone is watching and everything is at stake.

“(Camp) just hurts,” said Brewington, a senior known for issuing multiple bone-rattling goal-line blocks last season. “Every morning it hurts. Every night before you go to bed you hurt. The best you’re going to feel is the first day.”​