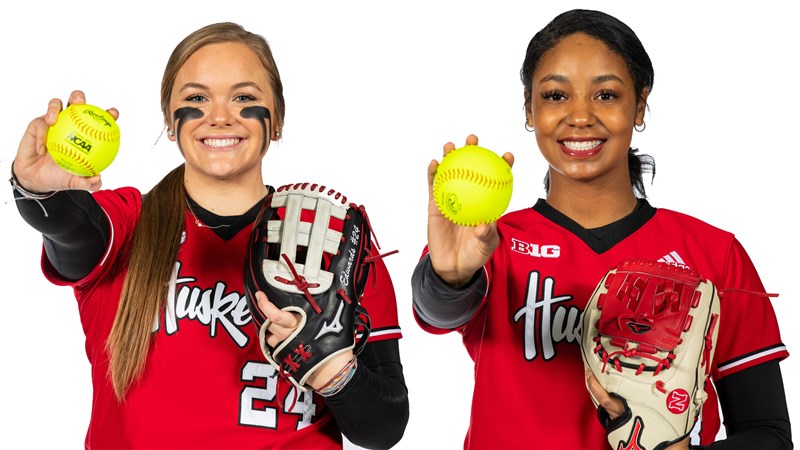 A native of Murrieta, Calif., Edwards batted .326 with seven doubles, seven homers and 17 RBIs in 40 games this season. She put up those numbers in limited at bats, as Edwards was pitched around more than almost any player in the country. Edwards leads the nation with an average of 1.4 times free passes per game, ranks second nationally in walks per game and is second with a .583 on-base percentage that set a new Nebraska season record.

Wallace was recognized as one of the top dual threats in the region. In the circle, Wallace made 29 appearances with 18 starts, compiling an 11-9 record with a 2.86 ERA in 132.0 innings. She led Nebraska in appearances, wins, ERA and innings pitched and ranked eighth in the Big Ten in wins. At the plate, Wallace hit .200 in 25 starts. She produced 16 hits, including three doubles, one triple and one home run. Wallace also scored eight runs and drove in 11.

With the two selections, Nebraska has produced 92 all-region honorees in school history, a total that ranks second among Big Ten programs. Wallace’s honor increased Nebraska’s number of all-region pitching selections to 26 in the last 26 years.