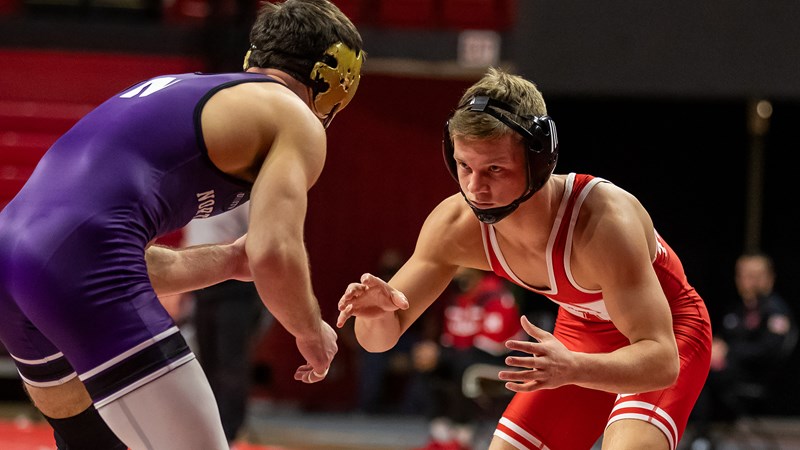 Sophomore Alex Thomsen and former Huskers Tyler Berger and Collin Purinton competed for bids to the U.S. Olympic Team Trials at the Last Chance Olympic Trials Qualifier in Fort Worth, Texas this weekend.

With the top two finishers in each weight class earing spots at next weekend’s Olympic Trials, Berger (74 kg) and Thomsen (60 kg) fell just short of a qualifying finish with third and fourth-place results, respectively.

Berger, who was seeded fourth for the event, wrestled his way to Saturday’s men’s freestyle quarterfinals, but fell to Vincenzo Joseph, 0-6. He fought his way back through the consolation rounds, earning the third-place bout against Joey Lavallee. Berger took the match by 4-3 decision but did not have the chance to compete for true second as Joseph finished runner-up.

Thomsen, who earned a two seed at the event with a title at the 2020 Senior Nationals in October, competed in Friday’s Greco-Roman division. He won his first three matches of the day to secure a spot in the semifinals. After falling 5-2 to Travis Rice in the semifinals, the Neola, Iowa native wrestled back through the consolation bracket for a spot in the third-place match, but fell by superiority to Dylan Gregerson for fourth place.

A 2020 All-American for the Huskers, Purinton also represented the Nebraska Wrestling Training Center, competing at 74 kg in men’s freestyle. He won his first match of the day before falling in the round of 16 to Joey Lavallee. In the consolation bracket, he made it to the first round of eight, ultimately falling to Quentin Perez, 12-8.