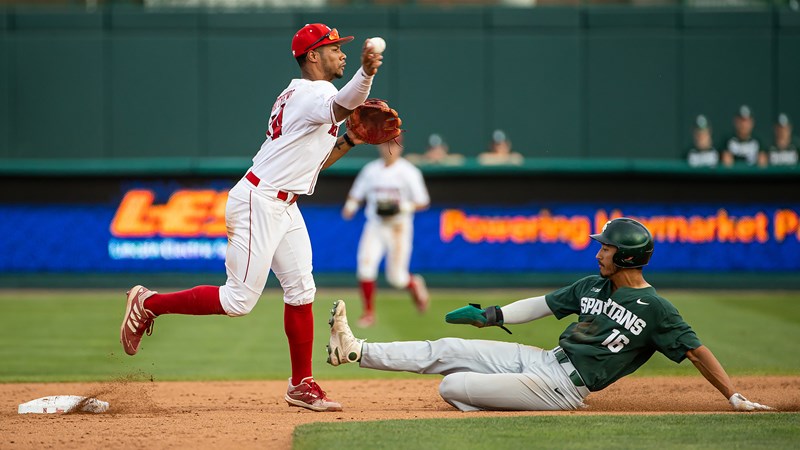 Josh Caron and Brice Matthews have been selected to participate in the 2022 Major League Dreams Showcase on Tuesday, August 2 at Copeland Park in La Crosse, Wis., the Northwoods League announced Monday.

The annual Showcase consists of a doubleheader featuring the top players from the Northwoods League selected by a panel of Major League Baseball scouts. Prior to the doubleheader, players will participate in a day of workouts in front of the MLB scouts.

The doubleheader starts with game one at 4 p.m. and includes two teams with a mix of players from the Great Plains and Great Lakes Divisions. Caron has been assigned to the home team in game one, while Matthews will play in the nightcap of the doubleheader on the home team.

Proceeds from the Major League Dreams Showcase will benefit the Northwoods League Foundation.