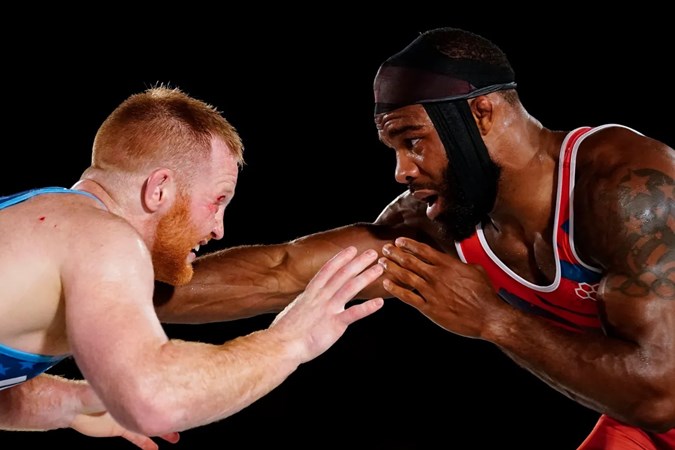 New York City – Former Husker great Jordan Burroughs secured a spot on the U.S. team and will compete at the 2022 Senior World Championships on Sept. 10-18 in Belgrade, Serbia after his Final X series victory.

In the 79 kg men’s freestyle finals, the reigning world champion defeated Chance Marstellar, 4-0, in the first round of the series. In the second round, Marstellar forced a third deciding match after his 2-2 victory. In Round 3, Burroughs grabbed an early 3-0 lead and sealed the 5-0 win in the second period with a takedown.

This win qualified Burroughs for his 11th World or Olympic team and gives him a chance to break the freestyle title record that he and John Smith currently share.