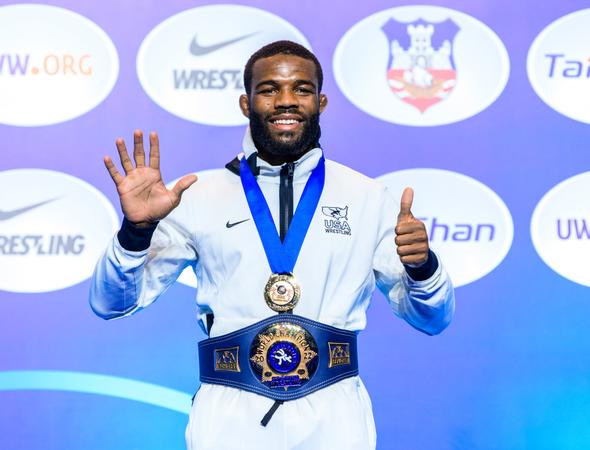 Burroughs’ victory marked his sixth World Championship, the most ever by an American freestyle wrestler. Burroughs was also the 2008 Olympic champion, and his seven combined World and Olympic titles are also the most by an American wrestler.

Burroughs faced Turkmenistan’s Sahergeldi Saparmyradov in the first match of the tournament and rolled to a 12-1 technical fall. In the second round, Burroughs defeated North Macedonia’s Dejan Mitrov 12-1 in less than a minute. In the quarterfinals, Burroughs jumped to an early lead and rolled to a 10-0 victory over Kyrgyzstan’s Arsalan Budazhapov.