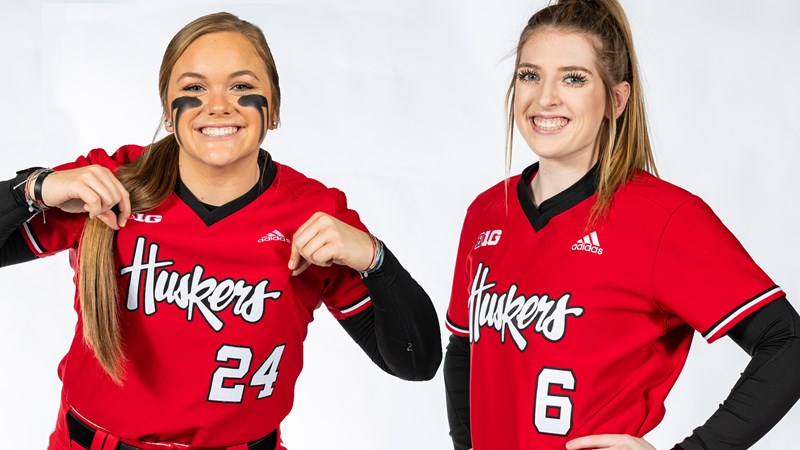 Nebraska ranked third in the Big Ten with two selections to the 18-player first team, and the Huskers had multiple first-team honorees for the first time since 2016. Andrews was also named to the 11-player Big Ten All-Freshman Team. Maryland’s Jaeda McFarland, a second-team All-Big Ten pick, was the Big Ten Freshman of the Year, while Michigan’s Lexie Blair was selected as the Big Ten Player of the Year and the Wolverines’ Alex Storako was the conference pitcher of the year. Michigan head coach Carol Hutchins was named the Big Ten Coach of the Year for the 18th time in her career.

Edwards made Nebraska and Big Ten history with her third consecutive first-team All-Big Ten honor. She is the first Husker to be a three-time first-team All-Big Ten selection and just the eighth player in program history to be a three-time first-team all-conference honoree. Edwards was named to the 2021 All-Big Ten First Team as an outfielder, after earning spots on the first team as a shortstop in 2018 and 2019. According to the listing of previous All-Big Ten selections in the Big Ten record book, Edwards is the first player in Big Ten history to earn first-team all-conference accolades as an infielder and outfielder.

Edwards batted .326 with seven doubles, seven homers and 17 RBIs in 40 games during Nebraska’s conference-only schedule this season. She put up those numbers in limited at bats, as Edwards was pitched around more than any player in the Big Ten and almost any player in the country. Edwards led the Big Ten with 39 walks and 17 hit-by-pitches, as she drew 56 free passes in her 40 games. She leads the nation with an average of 1.4 times free passes per game, ranks second nationally in walks per game and is second with a .583 on-base percentage that set a new Nebraska season record. In addition to leading the Big Ten in walks, hit-by-pitches and on-base percentage, Edwards also ranked sixth in the Big Ten in slugging percentage (.651), seventh in home runs and eighth in runs scored (29).

A Gretna native, Andrews was one of the Big Ten’s top freshmen this season. She started all 44 games at shortstop and hit .317. Andrews led Nebraska with 45 hits, 32 runs and 31 RBIs, while tying for the team lead with seven home runs. The only player in the Big Ten Conference to score 30 runs and drive in 30 runs during the regular season, Andrews ranked fifth in the Big Ten in RBIs, sixth in runs scored and seventh in home runs. She led all Big Ten freshmen in hits, runs and RBIs while ranking second in home runs and slugging percentage (.521) and third in batting average and stolen bases (10).

Seevers was selected as Nebraska’s Big Ten Sportsmanship Award winner. Seevers appeared in three games for the Huskers. She had a pair of 1.0-inning relief outings against Purdue and No. 24 Minnesota, while also appearing as a pinch runner in the home finale against Maryland.