After of a Year of Watching, McPherson is Ready to Lead 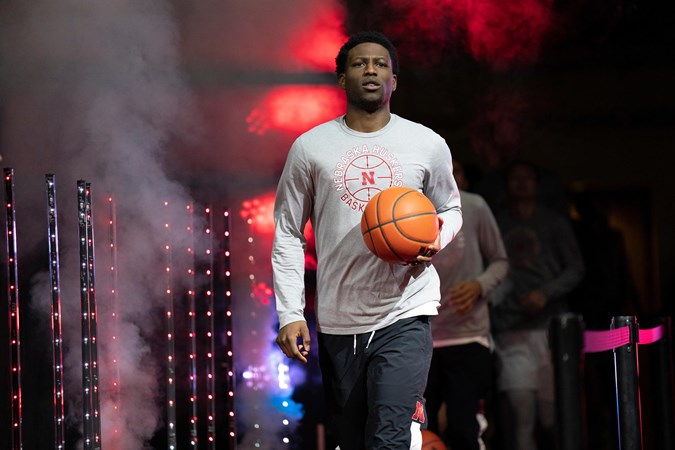 Only the Strong Survive

While McPherson had hopes of being in the rotation as a true freshman, the Huskers had depth at the position with a pair of fifth-year seniors in Alonzo Verge Jr. and Kobe Webster. That provided a unique opportunity to get better and learn.

“I feel like I learned a lot, especially from guys like Zo, Trey, Kobe, Bryce and the older guys,” McPherson said of his redshirt season. “I would watch to see what they had that I could add to my game.”

McPherson made Husker games his study sessions, paying keen attention to Verge, and how he operated on the court.

“I would put myself in his position when watching him and pick his brain why he made certain plays and decisions, and he would tell me what he was seeing on the court at that time. I was also watching little things like communicating with refs and trying to help his teammates.”

While McPherson, who would conduct gameday workouts after the Huskers’ shootaround and after games to stay ready, also had an opportunity to rebuild his body and his game. Working with NU’s Director of Men’s Basketball Strength & Conditioning Kurt Joseph, McPherson strengthened his knees and hamstrings to the point of regaining the explosiveness he enjoyed before his injury.

McPherson reshaped his body, adding seven pounds of muscle while losing nearly 10 pounds from the time he arrived on campus. That has helped him regain the explosiveness he lost after suffering his knee injury three years ago.

The key to that transformation has been a steady diet of salad.

“I have really tried to watch what I eat,” McPherson said. “Being from New York, I ate a lot of fast food and fatty foods, but I had worked on eating more salads and having a salad with a majority of my meals. I’m getting my greens, and what I need for my body where I can recuperate from the workouts and the load of stuff we go through.”

‘Coach (Hoiberg) worked with me making sure my feet were set up right, keeping my hands up, reaching for the ball, just the little things,” McPherson said. “Most of my workouts were a lot of shooting and focusing on those areas. I would come in the gym and spend countless hours working on those areas. I was getting a lot of repetition day in and day out. Before I felt like I would try to force the issue and get to the rim, and now I am comfortable that I can shoot better. It is a whole 360-degree change in the way I play.”