A Look Back at the Journey to 2022 Big Ten Champions 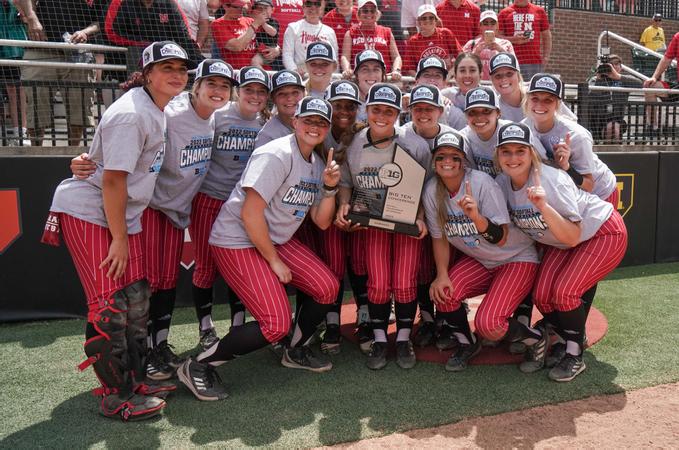 When Courtney Wallace proclaimed that the Huskers were going to win the Big Ten Championship on the first day of practice for the 2022 season, it turned a few heads.

Rhonda Revelle, about to start her 30th season as head coach, was one who turned her head that day.

“I loved her belief, but I really had to take a gulp because it was such a jump from where we had been to what she had been professing,” Revelle said.

“We were just speaking like it already happened. I thought, ‘Ok. Alright. You are going to put that out there. Then we are going to keep working’.”

That work led to Wallace’s proclamation coming true, as Nebraska won the 2022 Big Ten Tournament. The Huskers receive their championship rings this week and will be recognized at Saturday’s football game for claiming their first Big Ten Tournament title. While this weekend’s celebration looks back on that title run last May, Nebraska’s 2022 season did not get off to a championship start.

Wallace made her bold proclamation at a preseason press conference on Feb. 9, just two days before Nebraska opened its season. With a lofty public goal, the Huskers’ opening weekend did not go as planned.

Nebraska opened the season at Northern Iowa. The Huskers played five games inside the UNI Dome, finishing the weekend, 2-3.

The coaches knew the team had the confidence to be successful, but they weren’t playing with that confidence.

“We were careful,” Revelle said. “We were risk-averse, and we all knew it. That was not me saying it. That was us collectively talking, and we even sat down and had quite a long talk after the first weekend at Northern Iowa.”