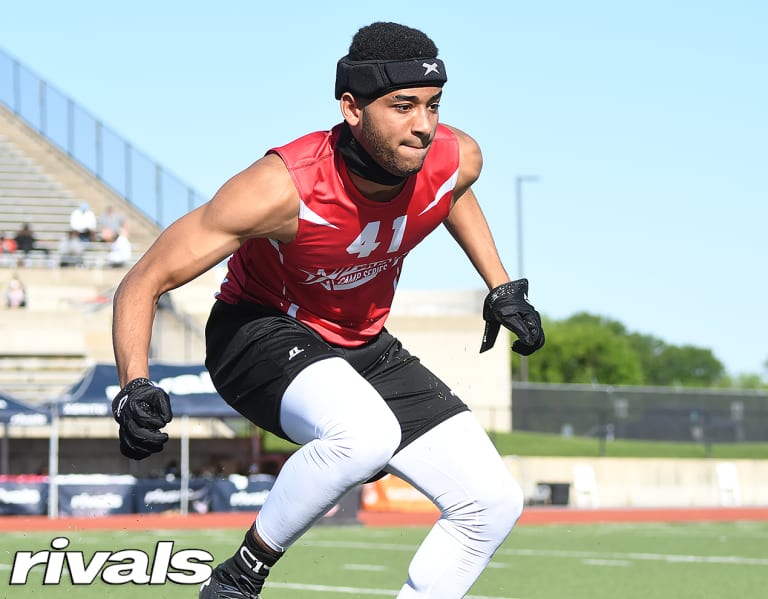 Nebraska has a class to wrap up with their 2022 group, but they are keeping an eye down the road on the upcoming classes as well. Towards the end of June the Huskers decided to extend an offer to 2023 recruit Kennedy McDowell, from Frisco (Texas) Memorial, who they are targeting as a defensive end or possibly an outside linebacker.

It was a busy month of June for 6-foot-4 and 196-pound defensive recruit Kennedy McDowell. He took a few trips and then was set to do some International travel for most of the month of July.

“I took a couple visits to Vanderbilt, Notre Dame and Texas A&M already,” McDowell said. “I’ve been doing summer school so that I can be a mid-year [graduate] and I have some other International travel planned this summer.”

Nebraska extended an offer to McDowell about a week before the end of June. The recruiting coach had to bring McDowell up to speed on what Nebraska has to offer and those discussions definitely increased his interest in the Huskers.

“The Nebraska offer made it eight total offers and it’s super exciting! My interest grew as coach (Ryan) Held told me about Nebraska and so did my reaction to their offer. It was fun to hear from him about what Nebraska football is like.”

McDowell has good length, size and athleticism. The Huskers could see McDowell playing a couple of different positions on their defense, potentially.

The Huskers won’t get a chance to host McDowell this summer more than likely, but he is considering a trip this fall to Lincoln to check out a game.

“I would say that Nebraska was recruiting me for about a month up to when they offered. I knew very little about them. My friend’s dad went to Nebraska and he said that it was a great school with great academics.”

McDowell carries a 4.45 GPA and was a state finalist in the 110-meter hurdles.